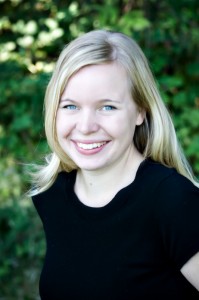 Firstly, I should mention that my answers are going to be specifically about young-adult novels, which make up the bulk of my list. And my sales!

So keeping that in mind, I’m expecting to see fantasy and sci-fi trends keep building, along with serious contemporary YA. That’s really where the market is right now. I wish we’d see some funny rom-com type YA break out, but it’s struggling to find an audience.

I’m rather hoping that paranormal comes back sooner rather than later. I started agenting in 2010, and at that point, signing and selling paranormal YA was already difficult, as the genre had become oversaturated. But it’s been six years already, and anything acquired now is probably a 2018 book, so I’m betting on the door creaking open to some fresh paranormal soon!

Per above, I’m definitely game for some really fresh, well-written paranormal, especially if it’s heavy on the romance. Actually, I love to have a romance as a central plot point in just about any YA novel. Fantasy, sci-fi, contemporary…if it’s got a central love story, I want to see it.

I also represent a select list of romance authors, and I’d love to find the next Sarah MacLean.

Every time I think a specific topic is an automatic “no,” someone surprises me, so I try not to put anything as off-limits. I thought I hated portal fantasy, and then the second client I ever signed had a portal in her fantasy. I once thought dragons weren’t for me, until I fell deeply, viscerally in love with a dragon YA. So I’m reluctant to say no to any specific topic!

I’m based out of the Pacific Northwest and was born and raised in a small farming town, so that brings with it a different perspective. I visit NYC as much as I can, and I sell books to all the major publishers, but I work in an entirely different time zone! So sometimes I'm particularly drawn to books with West Coast or small-town settings.

I’m also more editorial than the average agent because I came to this career as a published author first. So I’m very hands-on with my clients in shaping their projects and bringing out the best in their work.

Are you interested in seeing submissions of previously self-published novels?

I’m happy to consider works by self-published authors, but they should query with a new project that has not yet been published. It’s difficult to sell projects that have already been available for sale, and in fact many publishers will pass without reading if it’s already been published. Some review outlets would view it as a “reprint” if a publisher were to acquire and publish the book, and therefore they won’t give it the same coverage as other books.

But I have certainly signed authors who self-published other projects, and I’m fine with those who wish to be “hybrid” authors, allowing me to sell some projects to big publishers while also continuing to self-publish other projects.

Linda Epstein and Lindsay Mealing both work with me at ECLA. So if you’re thinking on querying us, please read our interests and query the appropriate agent. Our interests overlap quite a bit, but we don’t all handle every genre. For instance, Linda represents picture books, and Lindsay handles adult sci-fi/fantasy, while I do neither of those. So please do visit our website and review our guidelines!

Mandy Hubbard founded Emerald City Literary Agency in 2015 after nearly six years at D4EO Literary Agency. She began her career as an author, and her debut YA novel, Prada & Prejudice, was published by Penguin in 2009, went on to appear in Time and Entertainment Weekly, and is currently optioned for film. It was followed by nine other YA novels and a NASCAR-licensed adult romance with Harlequin. As an agent, she represents middle-grade, YA, and romance and has sold many debut novels, such as Rites of Passage (Harper), Under Rose-Tainted Skies (Houghton Mifflin Harcourt), and Burning (Bloomsbury).