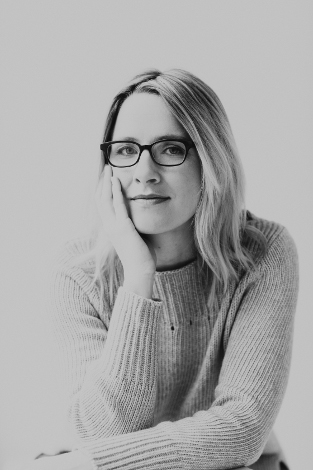 Big or small, every family has something they don’t talk about: a mother’s alcoholism, a father’s uncontrolled spending, a child’s disinterest in settling down. These family secrets, especially those between mother and child, are the subject of the essay collection What My Mother and I Don’t Talk About. Edited by Michele Filgate and based on her essay of the same name, the book collects 15 essays about writers’ relationships with their moms.

Filgate’s titular essay details the fallout of her stepfather’s abuse and her attempts to discuss it with her mother. She started writing about the abuse when she was still an undergrad, but it took over a decade before she realized her story was really about what that abuse had done to her relationship with her mom. “In a lot of ways my essay is all about a longing for having a better relationship with her,” Filgate says. “It is written from a place of longing rather than resentment.”

Nonetheless, she was terrified when the essay first came out. “It felt like setting fire to my own life,” she says. It was one thing to live with her strained relationship with her mom, another altogether to write about it publicly. It helped, however, that the essay was published in the fall of 2017, right when #MeToo was taking off; Filgate found that hearing others’ stories made her feel less alone.

Filgate also discovered that her own story struck a nerve for a lot of people—especially the title. “That was the genesis of the anthology to begin with because so many people were like, ‘Oh I have my own story,’ ” she recalls. It’s easier to speak out as group, and collecting these essays was a way to do so.

Despite the touchy subject matter, Filgate had no trouble finding contributors. She was determined to showcase a wide range of experiences and the essays included reflect that. “The mother-child relationship, no matter how close or distant you are from your mother, there’s something there that people want to grapple with,” she says. In the book, Carmen Maria Machado writes about living in the shadow of her mother’s envy and disappointment, Leslie Jamison about reading her mother’s ex-husband’s unpublished novel about their life together, Andre Aciman about communicating with his deaf mother, and Cathi Hanauer about using email to communicate with her mom separately from her dad for the first time.

Many of the essays are shocking in their honest depiction of the challenges of even the closet maternal bonds. “I think it’s considered a taboo almost in our society to have any kind of criticism against our parents and air it in a public way,” Filgate says. “It can be seen as airing dirty laundry or disrespecting your mother to say anything that questions that mother-child relationship in any way.” Certainly her own mother sees the book that way, though Filgate hopes to mend their relationship.

The book is meant to break down those taboos and allow mothers and children to talk more honestly. “My deepest hope for this book is that it allows mothers and their children…to connect and to be able to break through the barriers of communication that have formed around them,” she says.