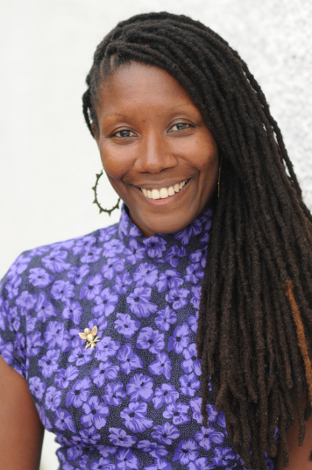 One of the most common immigrant narratives in America is the story of a courageous man, or entire families, that venture into the U.S., risking their lives in exchange for opportunity. In her new novel, Patsy, Nicole Dennis-Benn reinvents and flips that trope with a keen focus on a black woman’s immigrant experience. Her second novel is an engrossing epic that moves from 1998 to 2008 following the aspirations and adversities Patsy encounters in America after leaving her daughter, Trudy-Ann (Tru for short), in Jamaica to pursue the love of her life and, of course, the American dream.

“Being a Jamaican immigrant myself, coming to America, I wanted that freedom to love and that chance at upward mobility that Patsy wanted,” Dennis-Benn says. Patsy emerged as a character for Dennis-Benn in 2012 when she worked as an adjunct professor who had to be at work at 6 a.m. During her Staten Island ferry commute, she was steeped in the sounds of home, as many of her fellow passengers were also Caribbean and they spoke to one another in patois. Listening to them, she also found her eye drawn to depictions of her native country and wondering about them.

“Here were all these advertisements saying ‘Come to Jamaica,’ and here we were, grinding,” Dennis-Benn says of how she conjured Patsy as the main protagonist. “My imagination started going, and I wondered what versions of themselves they brought to America.”

Patsy’s arrival in Dennis-Benn’s imagination was quickly followed by Patsy’s childhood friend and unrequited love interest, Cicely—a light-skinned, blue-eyed trophy wife to controlling husband Marcus; Fionna, Patsy’s fellow immigrant friend, who scrubs toilets alongside her in a generic Jamaican restaurant in Brooklyn; and, back in Jamaica, Saskia, one of the only classmates who sees Tru for the gender nonconforming person she is trying to become.

Patsy is an anomaly in literature for a number of reasons, chief among them that no one likes mothers who abandon their children—even mothers who have as good a reason as Patsy has, which is to pursue a life of her own and to send money back to Jamaica for Tru.

“I’d never read an immigrant story where the person was coming to America other than wanting a better life or to give back to their families,” Dennis-Benn says. “I wanted to write about a woman coming to America to find a different life.” The fact that Patsy is a mother upped the stakes. “In our culture,

motherhood is the epitome of womanhood, even if Patsy didn’t have the choice about whether to become a mother; motherhood happened to her,” she adds. “Fathers can go on like they don’t have families at home. I wanted to spin gender on its head in that capacity and give Patsy that complex story.”

That Tru also gets a complex story is one of the many gifts of the novel—we see two women defining themselves in a world that has otherwise always had the power to define them, Dennis-Benn says. “Usually, when the parent leaves to America, you’re told you should be grateful, and I wanted to capture what it’s like to be abandoned, coming-of-age to her identity, and her existing as a gender-nonconforming teenager” alongside Patsy’s survival in spite of the many adversities and intricacies of the immigrant experience that have been largely invisible.

Joshunda Sanders is the author of the children’s book I Can Write the World and an educator living in New York City.