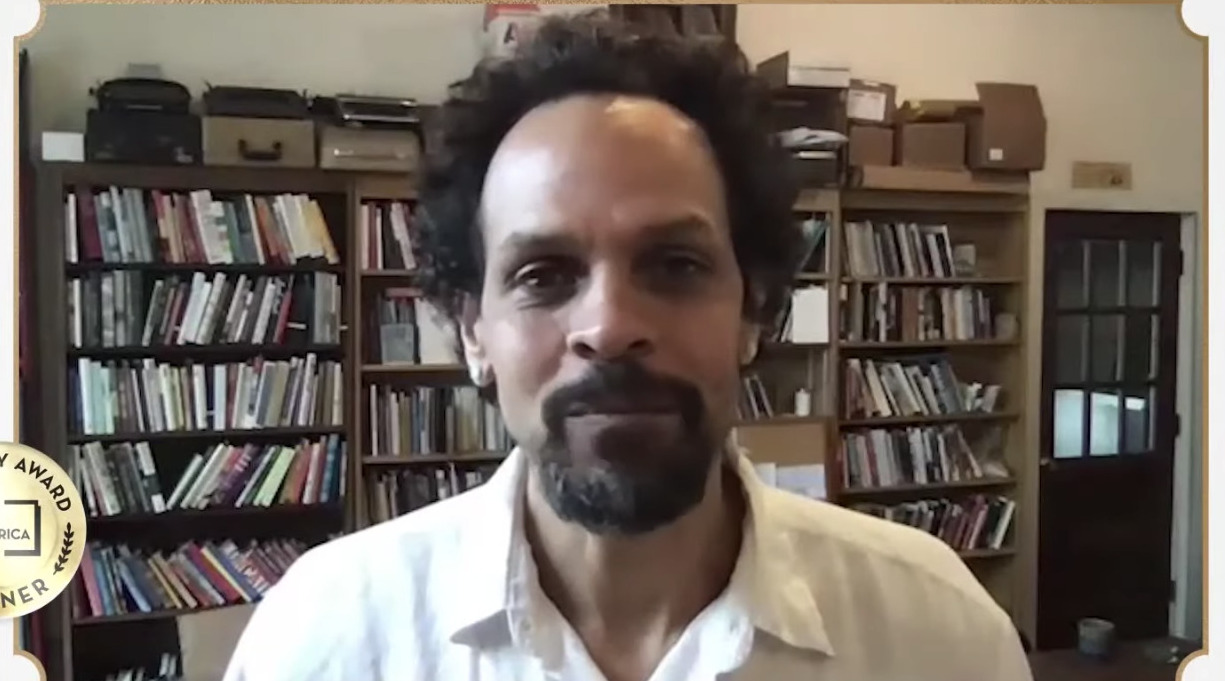 Gay won the $75,000 PEN/Jean Stein Book Award, given to a groundbreaking book of any genre, for Be Holding: A Poem. In his acceptance speech, he spoke of the need to understand “that we are made of each other.”

Serizawa took home the $10,000 PEN Open Book Award, which honors an outstanding book by an author of color, for her short story collection, Inheritors. The judges praised the book as “nothing short of remarkable.”

Washburn won the $10,000 PEN/Hemingway Award for Debut Novel for his Sharks in the Time of Saviors; the book was also a finalist for the PEN/Jean Stein prize.

Barbara Ehrenreich took home the $15,000 PEN/Diamonstein-Spielvogel Award for the Art of the Essay for her collection Had I Known.