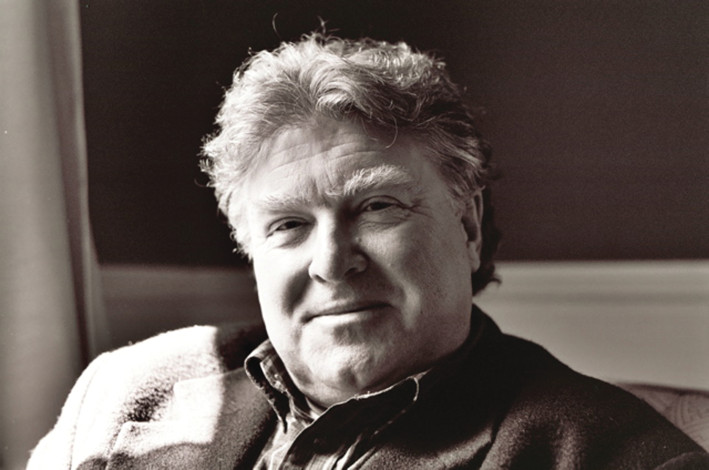 At a time when our country’s past serves a daily story in the news, Robert Olmstead’s latest novel, Savage Country, takes readers back to the 19th-century frontier as well as returning readers to a more traditional type of yarn spinning: equal parts adventure tale, Biblical narrative, and Greek tragedy.

Savage Country depicts a world where justice is often bought and sold—or dispensed, for better and worse, by those who are willing. It’s a time when women were property themselves, whose dresses, Olmstead reminds readers in an essay about the novel, lacked pockets because they owned nothing to place in them. In the novel, Elizabeth, recently widowed and worried about how to hold onto her property, sets out with Michael, her brother-in-law, to hire and outfit a crew to kill enough buffalo to finance her way to autonomy. That is the only way Elizabeth, the first female protagonist in Olmstead’s fiction, knows how to hold onto what she and her husband had created. This misadventure serves as the primary thrust of the novel’s narrative.

Savage Country is set just as Reconstruction is beginning to fail. It’s a time when men of money in the Old World (and New) wanted to own what they could; one character in the novel is “collecting the Americas.” And there are the seismic changes on the plains themselves: the extinction of the buffalo accelerated to power the rapid industrialization taking place throughout the country, buffalo hides serving as the belts and pulleys to drive America’s machines—extinction driven, as so often in human history, by economic exploitation.

“I always had this curiosity: how did we go from 60 million buffalo to 500 animals,” Olmstead explains. “Bullets—lead and powder—were expensive. I had always heard it explained as a kind of sport—or to drive back the Native Americans—but the more I researched, the more I discovered it was an industrial harvest.” One of the novel’s many ironies is that Michael aids in the slaughter to save his brother’s widow’s property while simultaneously regretting the daily carnage.

The novel’s austere tone, Olmstead says, is one he has been striving to achieve since an earlier novel, Coal Black Horse (2007), an effort to achieve the pure narrative stance of Kenneth Roberts’ Northwest Passage, a book Olmstead admired as a boy. In addition, Olmstead strikes a stance against certain contemporary tendencies: “We privilege the personal in our contemporary culture,” Olmstead says. “We have replaced the political with the personal. I was attempting to get back to some kind of 19th century authorial distancing in the writing of the novel.”

Racial undercurrents occasionally flood the novel’s events or heighten the novel’s dramatic tension. The novel’s time frame, the aftermath of the Civil War, was also a deliberate choice for Olmstead. “In my schooling,” Olmstead says, “we studied the Civil War and then jumped to World War I, as if nothing happened of importance in-between. So much of who Americans are came out of that crucible of those years between: we killed almost a million people over the notion that one class of human beings should not own another class of human beings.”

Other elements in the novel find echoes in recent historical events such as the financial collapse of the last decade. Michael muses about a system of financial speculation that makes capital “ ’out of another’s tragedy’ ” or, gazing at the bounty—buildings and animals—of his brother’s spread, how “the abstract theories of finance [suggest] that so much could be worth so little.”

Over the course of Savage Country, Elizabeth grows in her confidence and in her mastery of finances—as well as in her sense of herself as a woman

and as a human being. “I was raised by strong women in my youth,” Olmstead explains. “Not only in my family, but also my teachers: in elementary school I had a teacher who spoke multiple languages and had travelled the world. She opened my eyes to a number of possibilities.” Olmstead continues, “And women connected me to the world of this novel: Sitting Bull was alive when my great grandmother was a girl.”

Olmstead’s novel concludes with wounds—personal and historical—unhealed. Our nation’s history is not absolved or redeemed in the novel’s savagery. But the reader closes the book with a sense of cautious optimism; some of us survive, as Olmstead explains, “no matter how wounded.”

J. W. Bonner writes regularly for Kirkus. He teaches writing and the humanities at Asheville School in Asheville, N.C.