After watching the ‘Pet Sematary’ remake, you won’t hear the sound of a car-alarm chirp the same way again 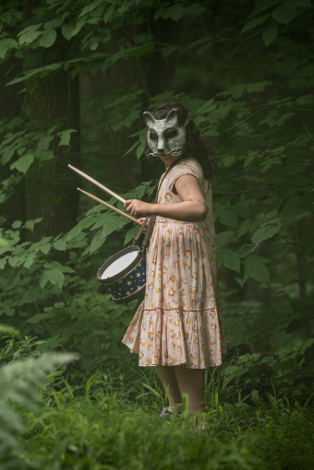 “I don’t wanna be buried in a Pet Sematary / I don’t want to live my life again.” So goes the Ramones’ song “Pet Sematary,” which was made-to-order for the 1989 movie version of Stephen King’s 1983 horror novel. Nonetheless, Pet Sematary is living its life again in a second film adaptation, which hits screens today.

In the original novel, the bard of Bangor tells a dark but fairly simple tale—so simple, in fact, that it’s impossible to summarize it without revealing at least a few 36-year-old spoilers (and later, a few more recent ones). With that in mind, hey-ho, let’s go:

Dr. Louis Creed and his family—wife Rachel, young daughter Ellie, toddler son Gage, and pet cat Church—move from Chicago to a new house in rural Ludlow, Maine. Their elderly neighbor, Jud Crandall, reveals that there’s a pet cemetery (with a misspelled sign) in the woods on their property; trucks on a busy road nearby have claimed numerous animals’ lives. When Church is hit by a truck, Jud urges Louis to bury the pet in a secret, abandoned Native American burial ground on the Creeds’ land. The next day, the cat is seemingly alive—but there’s something off about it; for one thing, it keeps violently killing mice and not eating them. Then, one horrible day, Gage is hit by a truck, as well. Despite warnings from Jud—and from the ghost of a dead accident victim, whom Louis recently failed to save—Louis buries Gage in the supernatural graveyard. The toddler comes back very wrong, murdering Jud and his own mother before Louis manages to kill his resurrected son with an injection. Crazed with grief, Louis then brings his dead wife to the secret burial site and resurrects her: “Rachel’s voice was grating, full of dirt. ‘Darling,’ it said.”

It’s a shockingly grim tale, even from King. In fact, in a 2000 introduction to the novel, he said that he considered it “the most frightening book I’ve ever written.” A good portion of it is a meditation on grief, and the death of Gage and its aftermath makes for difficult reading, indeed; it’s some of the most powerful and affecting writing that King’s ever done. It makes it all the more unfortunate that the author felt the need to associate the Native American Micmac people, and the Algonquian Wendigo legend, with the evil boneyard; there’s a whiff of condescension whenever the white characters talk about them.

The 1989 adaptation sticks pretty closely to the events of the text, but the tone is very different. Director Mary Lambert seems to have been unable to take it seriously. The Munsters’ Fred Gwynne, as Jud, employs a cartoonish, Pepperidge Farm–style Maine accent throughout, and young Miko Hughes as Gage isn’t the least bit scary, despite his best efforts.

The new film, directed by Kevin Kölsch and Dennis Widmyer, successfully embraces the darkness. Cinematographer Laurie Rose’s rich imagery makes even an outdoor birthday party on a summer day seem shadowy and threatening. The adult actors play things dead-straight; Amy Seimetz is particularly good as the anxious Rachel, particularly when the horror amps up. (John Lithgow also offers a solid turn as Jud, sans Mainer-isms.) What sets this version apart, though, are screenwriter Jeff Buhler’s changes to the source material. First off, it’s 9-year-old Ellie, not Gage, who gets hit by the truck, and child actor Jeté Laurence rises to the occasion with a truly chilling performance in the latter part of the film. The ending is different, as well—far, far darker, and a considerable improvement over the Creepshow-style original. No spoilers, but you won’t hear the sound of a car-alarm chirp the same way again.