Author and illustrator of 'A Case for Loving' 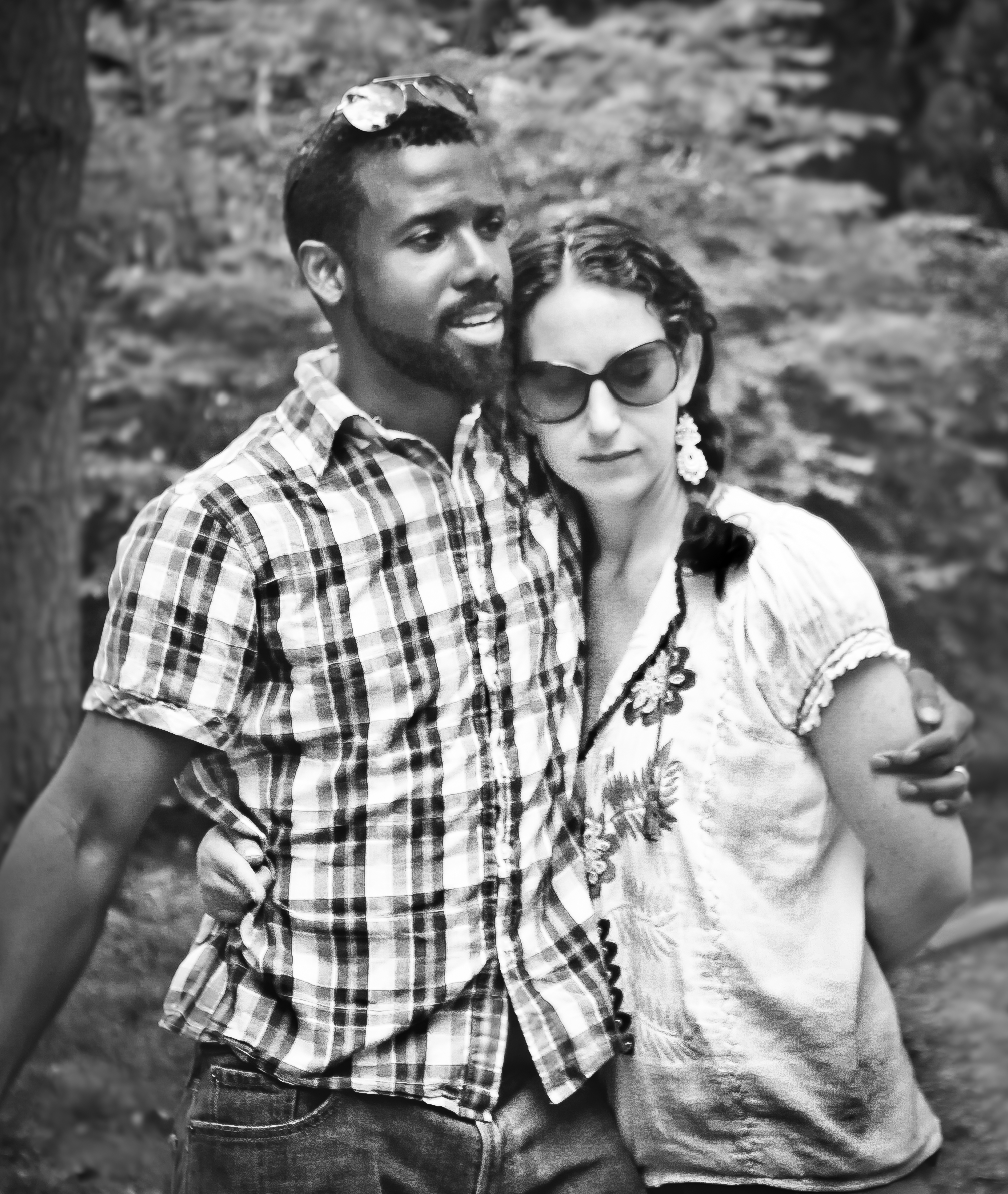 Though Canadian-born author/illustrator Selina Alko had long been aware of Richard and Mildred Loving’s historic court battle to legalize their interracial marriage in the state of Virginia, her impulse to create her picture book The Case for Loving came much later. In her own interracial marriage to illustrator Sean Qualls, Alko credits a “slow, nudging awareness” of America’s underlying racism, how “even today some people may view couples like us with disapproval,” as sparking her desire to explore the story further—a desire that was catalyzed by watching an HBO documentary and visiting a photography exhibit on the Lovings. She found it “shocking…that marriages like ours were illegal just a few decades ago,” she says.

Documenting the Lovings’ historic fight to legalize their interracial marriage in a landmark Supreme Court case—their union was illegal in Jim Crow Virginia of 1958—The Case for Loving is, at its heart, a love story. Creating portraits of Mildred and Richard (he’s a kind, caring man who sunburns easily and sees past differences, she’s a slender woman nicknamed “String Bean”), the story personalizes the couple’s courtship and eventual marriage in bright mixed-media illustrations that build an undeniable case for love—one that’s kid-friendly and clear but never condescending.

Alko began work by steeping herself in the Lovings’ history, “reading books very carefully, taking notes, rereading my notes and going back, making sure I got all details right, cross-referencing,” she says. “Over time, as the details became familiar, it was much easier to simplify the story.” She and Qualls had been thinking about illustrating together for some time, and this book seemed to offer the perfect opportunity. “We’d done some wedding gifts together, and sometimes we draw together when we’re out at a restaurant,” explains Qualls. But this was different: the couple’s first professional collaboration, which posed the twin challenges of blending professional schedules as well as individual artistic approaches.

Their early discussions of ideas happened over “lunch meetings looking at sketches where we’d both brought thumbnails,” Qualls recalls. “At that point we were just coming up with sample art.” They had agreed on some initial sketches but had worked on them separately. “We generally agree on what’s working best visually and what’s telling the story best,” he says. “Once we agree on that, we just have to decide who starts with it.” The two hand the art back and forth; sometimes who begins is “just a matter of priority and circumstance.”

Alko describes the challenge of blending styles (both use paint and collage in their illustrations) in positive, dynamic terms. “I’ve really been influenced by Sean’s way of working,” she acknowledges. “I used to only work in gouache. But Sean’s really turned me on to the benefits of using acrylic, building layers. I think our collaboration is becoming more seamless.” One of the biggest challenges to their artistic collaboration, Qualls observes, was “just letting go. When you’re working on a book you have to let it go….”

“Yes! You have to let go of control,” Alko agrees, enthusiastically finishing his sentence. Before The Case for Loving, she says she would lock herself in her studio, on her own schedule, finishing the art when she finished i t. “Now it’s like when we were first married,” she says. “There’s another person in the house, making a mess, another person in the art doing what he does—and when he’s ready to do it.” They’ve each learned, Alko says, not to be “overly controlling. It’s like not needing the house to be perfect and to have everything put away. It’s a family—it’s messy! It’s art—it’s messy!” She’s “loosened up” as a result. And

it’s done more than calm her: “I think the art is coming out better,” she adds. “There’s less stuffiness; I’m less worried about having input into every image. I’m very pleased and happy when I see something that Sean adds that I would never have thought of.” Qualls says he especially loves having a partner take over when he gets stuck. “Selina’s able to put her spin on something,” what color to add, for example. “I’m not sure and she’ll go in. And I’ll say, ‘OK. Wow, Nice!’ ”

The Case for Loving has strengthened their marriage, they say. “It was so much hard work, but so rewarding…the power of the story and getting it out there,” Alko says. “Together it just feels like it’s strengthened our bond and our family overall.” Qualls deeply values the sense of something “beyond getting the kids off to school and dinner and the day to day…that connects to what we do, gives us a larger purpose. The bonding…has been an unexpected gift.”

Recently, Alko read the book to their son. “He said, ‘Really? They were arrested?’ There’s a shock factor…it struck him that his mom and dad could have been arrested for the same thing, just for loving each other.” Qualls notes that their son had been learning in school about civil rights—“but in a textbook sort of way….With this picture book, Selina found a very simple way to tell a complex story. When she read it to Isaiah, it really brought things home in a way he hadn’t seen before.”

Alko hopes The Case for Loving “becomes a tool that helps teach children to stick with what they believe is right.” The book also serves as a reminder that change doesn’t happen overnight; the Lovings’ case took nine years until it was legally resolved. “I want to share that idea of believing in yourself and your values and fighting for what’s right,” Alko says. “What I love about the Lovings—especially watching the video of them, and I hope the book conveys it—is their strong commitment to their values and their commitment to not allowing anyone to tell them what’s wrong or right,” Qualls adds. “As an adult, I feel like that’s something I’m still learning. To really listen to what I believe and define the world for myself, rather than having other people define it for me.”

Jessie C. Grearson is a freelance writer and writing teacher living in Falmouth, Maine. She is a graduate of the Iowa Writers’ Workshop.