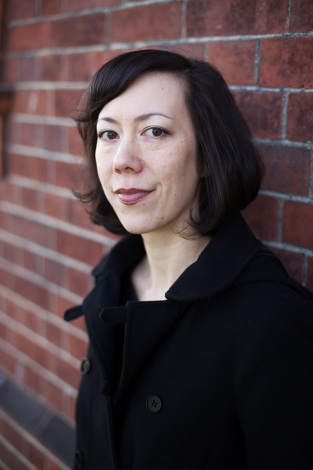 It’s not your typical love letter:

“Every night I wake from dreaming. Memory squeezing the trigger of my heart and blood surging through my veins,” begins “The First Letter,” the opening chapter of Susan Barker’s wondrous third novel, The Incarnations.

“...I dream that we stagger on hunger-weakened limbs through the Gobi as the Mongols drive us forth with lashing whips,” it continues. “...I dream of sixteen palace ladies gathered in the Pavilion of Melancholy Clouds, plotting the ways and means to murder one of the worst emperors ever to reign.”

This mysterious missive appears in the visor of Beijing taxi driver Wang Jun’s cab. It’s 2008, ahead of the Summer Olympic Games, and Wang doesn’t know if he’s being played with—or stalked.

“Who are you? you must be wondering,” the letter concludes. “I am your soulmate, your old friend, and I have come back to this city of sixteen million in search of you. I pity your poor wife, Driver Wang. What’s the bond of matrimony compared to the bond we have shared for over a thousand years? What will happen to her when I reappear in your life?”

That ominous promise kicks off an unforgettable literary thriller, interwoven with sparkling historical vignettes spanning centuries of Chinese history. In the U.K., where it was first published in July 2014, The Incarnations has been called “China’s Midnight’s Children” by The Independent.

Barker (The Orientalist and the Ghost, 2009; Sayonara Bar, 2007) chose China on account of history and heritage. She was raised in East London by a British father and Chinese Malaysian mother. Her grandfather emigrated from South China, to Malaysia, prior to World War II.

“I wrote The Incarnations to learn more about the country my grandfather’s from,” Barker says. “When I was researching my second novel, which was about the Communist insurrection in Malaysia in the 1950s and 60s, I started to read more about the Communist Party in mainland China and the really turbulent history China had during the 20th century—with the Nationalist Party, then World War II and the Japanese invasion, then the rise of the Communist Party and all the chaos and madness of the Cultural Revolution—so I’m really interested in that. I also wanted to learn more about the different dynasties, going back 1,000 or 2,000 years.”

Barker pored over references at libraries around the globe. She studied the Tang, Jin, Ming, and Qing dynasties, emperors, arts, and invasions.

“I’d start researching anything I thought was interesting—that’s how I approached it,” she says. “I wrote the book to learn more about China, in an autodidactic way.”

In fact, The Incarnations’ propulsive through-line—a taxi driver pursued by an anonymous letter writer, who claims to chronicle their souls’ entwined incarnations—didn’t develop until a few years into the writing process.

“I started writing these historical stories as though they were anonymous letters, but I didn’t know who the letter writer would be or figure that out until two or three years of writing the book,” says Barker, who lived in Beijing and South China at points in the process. “[The] way I like to write is to throw my characters

into bizarre situations and figure out a way to resolve them as I write—so I’m just as in the dark as the reader and the characters in the first couple of drafts of the book.”

The longer Wang remains in the dark as to their origin, the greater havoc the letters wreak on his personal life. He’s left with little choice but to pursue his epistolary antagonist—which may be just what they want.