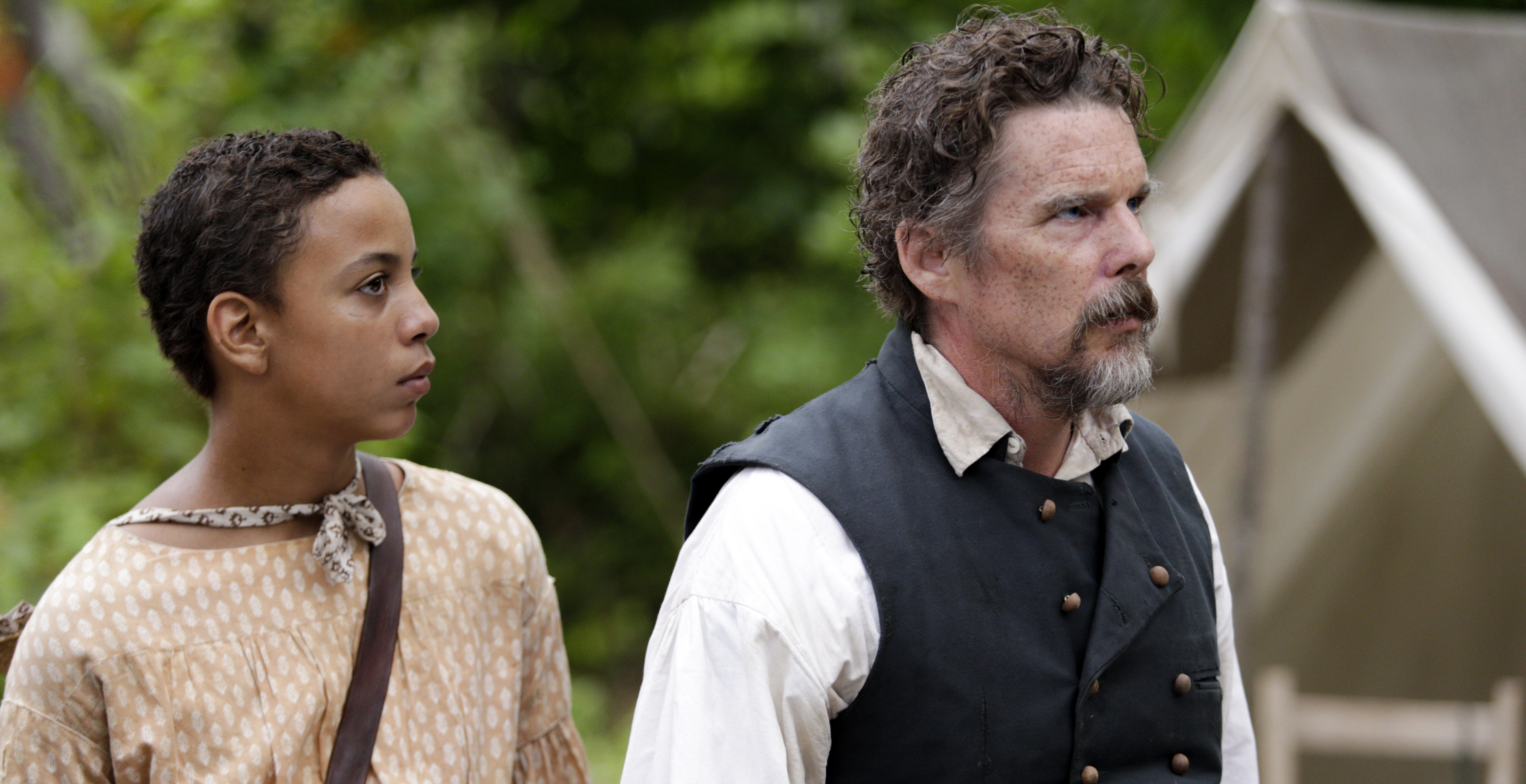 John Brown’s body may lie a-moldering in the grave, but a fictionalized version of his story will soon appear on TV screens, nonetheless.

Premium-cable network Showtime released a trailer for its upcoming eight-episode miniseries The Good Lord Bird, based on James McBride’s 2013 historical novel, which will premiere on Aug. 9.

The book, which won the 2013 National Book Award, tells the story of a 12-year-old slave, Henry Shackleford (later nicknamed “Little Onion”), who joins the fugitive Brown and his cohort after they come through his Kansas Territory town in 1857. Brown mistakes Henry for a girl; the youngster doesn’t correct him, and ends up living as a girl for the next few years. Along the way, he meets other notable figures of the era, including Frederick Douglass and Harriet Tubman, and he eventually witnesses Brown’s ill-fated raid on Harper’s Ferry in 1859.

Oscar-nominated actor Ethan Hawke stars as Brown; he also serves as the creator, co-executive producer, and co-writer of the series. Albert Hughes, who notably co-directed Menace II Society (1993) and Dead Presidents (1995), helms several episodes, and McBride is a co-producer.

Young actor Joshua Caleb Johnson portrays Henry, and Hamilton’s Daveed Diggs appears as Douglass. It’s unclear if the character of Tubman will appear in the series, as she appears in the book only briefly, but no casting news for that role has been revealed as yet.

The miniseries had originally been set to air on Feb. 16 but was rescheduled; Showtime didn’t state a reason for the postponement at the time.