The Linda Lindas Get Record Deal After Library Gig 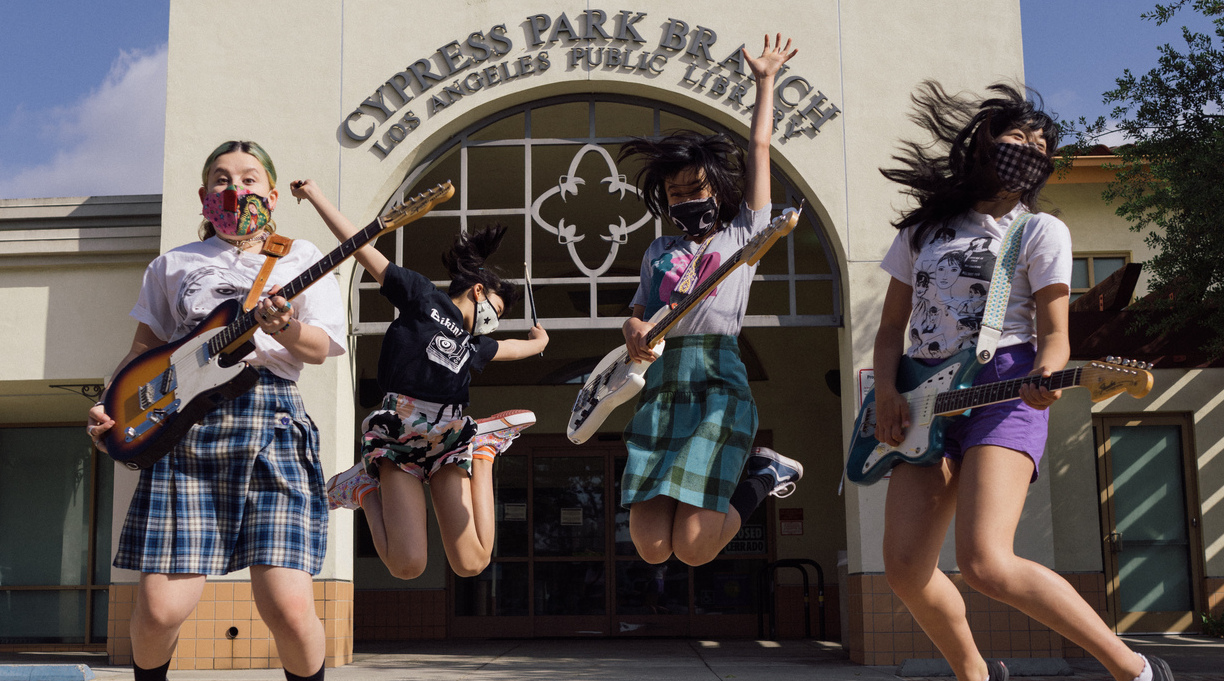 The Linda Lindas. Photo from the Los Angeles Public Library

A gig at a public library in Los Angeles has launched a young punk band to instant stardom.

Meet the Linda Lindas: a California quartet, ages 10 to 16, described on their Facebook page as “Half Asian / Half Latinx. Sisters, cousins and friends who play music together because it’s fun!!”

Last week, the Los Angeles Public Library posted a clip from one of the band’s performances on Twitter. The band’s drummer, 10-year-old Mila, said, “A little while before we went into lockdown, a boy came up to me in my class and said that his dad told him to stay away from Chinese people. After I told him that I was Chinese, he backed away from me.”

Don't mess with The Linda Lindas.

With that, the band launched into their song “Racist, Sexist Boy.”

“You say mean stuff / And you close your mind to things you don’t like,” the vocalists sang with unmistakable riot-grrrl energy.

The clip went massively viral on Twitter and paid dividends for the young band: Variety reports that the group scored a record deal with Epitaph, the Hollywood-based punk label founded by Bad Religion guitarist Brett Gurewitz.

Linda Lindas guitarist Lucia, 14, reflected on their instant fame in an interview with the Los Angeles Times, saying, “It’s kind of weird because we’re still at home in our pajamas. Nothing really has changed yet...I keep getting phone calls and texts from people that I haven’t talked to in years that I would never think would know about the band.”