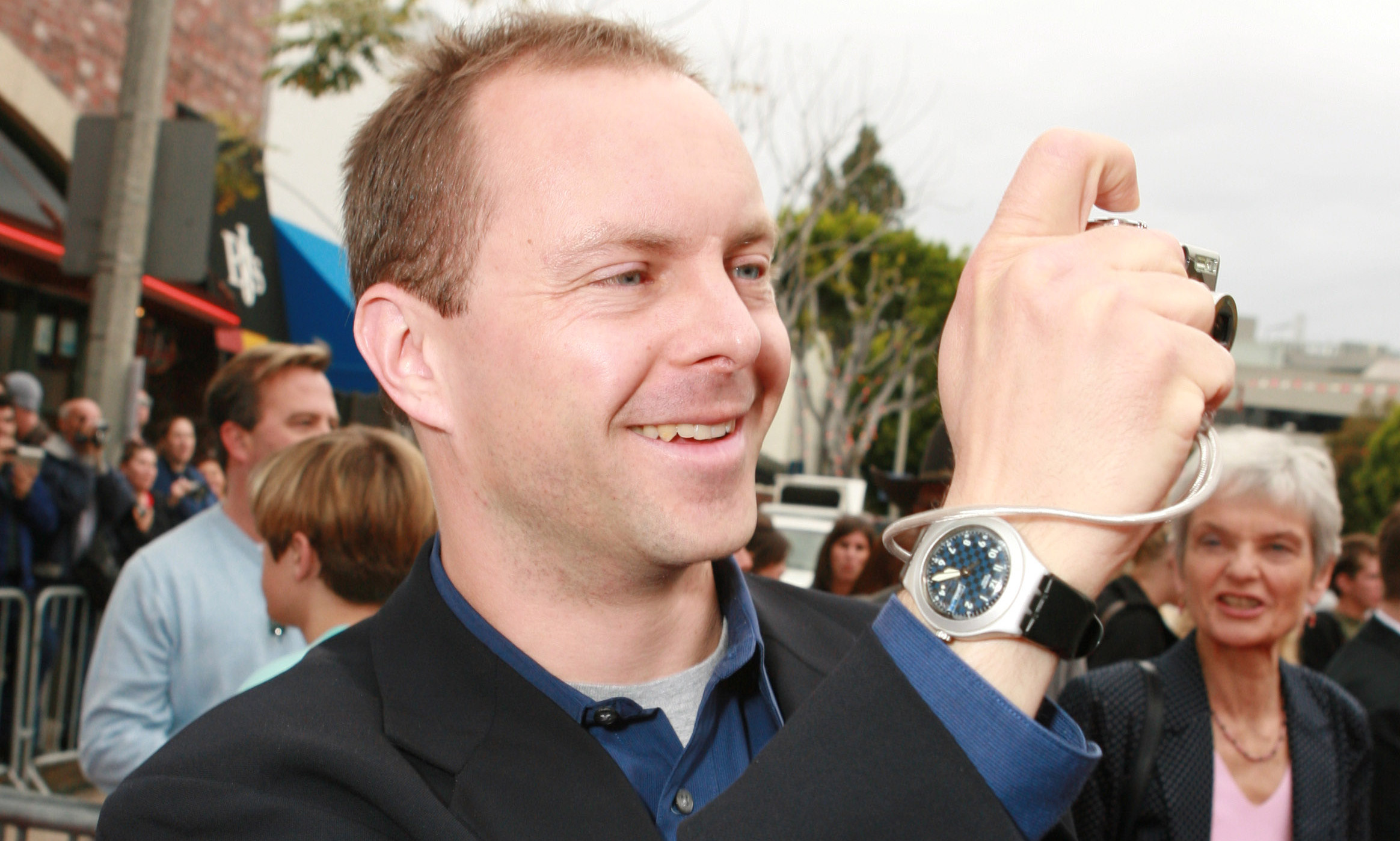 Geoff Rodkey at the Los Angeles premiere of RV in 2006. Photo by E. Charbonneau/WireImage for Sony Pictures–Los Angeles

A Kirkus-starred middle-grade book about interplanetary immigrants has begun its journey to the screen.

Columbia Pictures has purchased the film rights to Geoff Rodkey’s 2019 middle-grade SF novel, We’re Not from Here, according to Deadline. Rodkey himself is set to write the screenplay.

In the book, narrator Lan Mufune is a refugee from Earth who tries to fit in on faraway Planet Choom. At a new school, Lan encounters a variety of space aliens, including marshmallowlike Ororos and the Zhuri, who resemble massive bugs and express their feelings through scent. As Kirkus’ review noted, “Things get complicated when the Zhuri government executes a smear campaign against humans even as some privately believe humans can be peaceful if given the chance.” Our reviewer called the novel “a quirky sci-fi adventure with a surprising layer of political irony.”

Before We’re Not from Here, Rodkey penned two middle-grade series: the Tapper Twins and the Chronicles of Egg. He also has impressive experience with screenplays, having written or co-written the Eddie Murphy vehicles Daddy Day Care (2003) and Daddy Day Camp (2007); the 2006 remake of The Shaggy Dog, starring Tim Allen; and the Robin Williams-starring comedy RV, released the same year.

No casting news or prospective release date was announced for the We’re Not from Here film, which will combine live-action and animation. According to Deadline, Mike Mitchell is onboard to direct; he helmed 2016’s Trolls and last year’s The Lego Movie 2: The Second Part, as well as the entertaining 2005 superhero comedy Sky High. Earlier in his career, he directed 1999’s Deuce Bigalow: Male Gigolo, starring Saturday Night Live’s Rob Schneider.