Writing a Book Is the Easy Part: On Titles and Subtitles 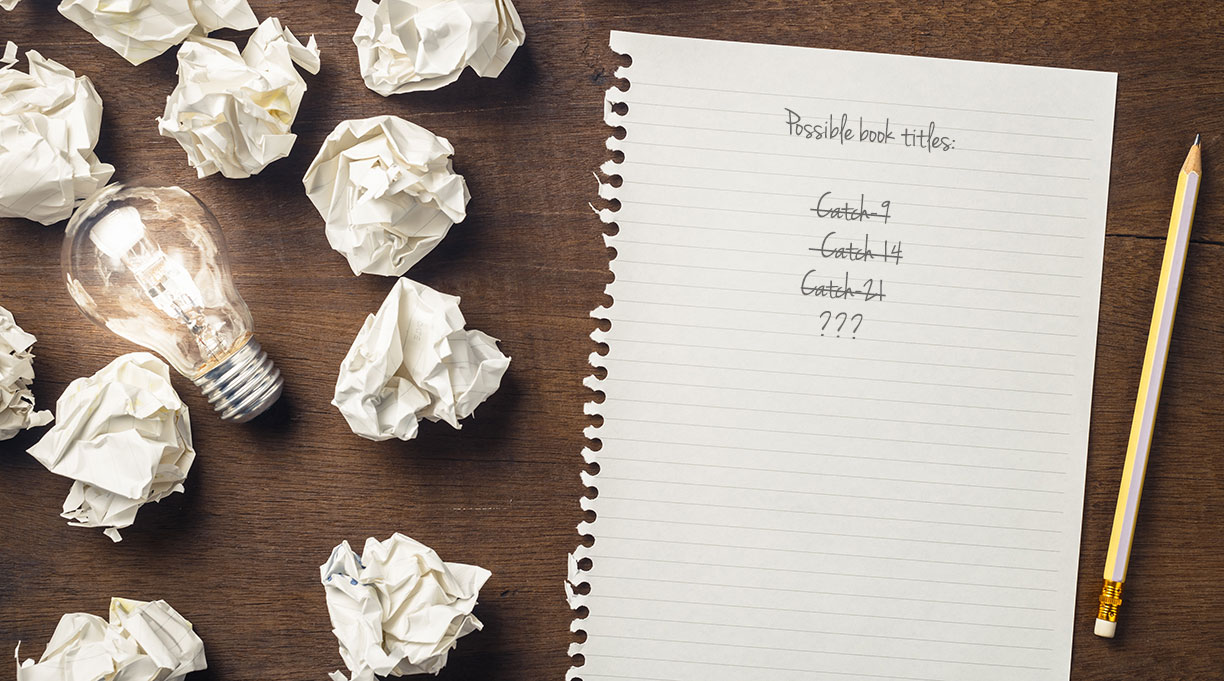 By the time a book arrives in the bookstore, or in a package on the front porch, the title on its front cover seems an essential and inevitable part of its identity. Whether it’s The Need or Normal People or Chances Are…, the title is semiotically one with the book—just the way I am Marion and you are Dave or Jessie or Bomani. You can’t think of one without the other.

But in a human life, the name is generally bestowed at the beginning. In my experience as an author and publishing gadfly, the title often comes last, with difficulty and dissent, sometimes with the author on the sidelines. Lists are made and distributed to hastily assembled focus groups. Industry experts are called in. One of my books was named by my editor’s girlfriend.

A few years ago, I published a memoir of my adventures in dating after a midlife divorce. What my narrative lacked in romance, it made up in slapstick, culminating not with a honeymoon but with a two-week stay in Johns Hopkins Hospital.

What was it called? Good question.

It started as Match Dot Bomb, but that was already taken, so it became Little Sweetheart of the Boston Strangler. This was too scary for some, too obscure for others, but Love in the Time of Baltimore was considered limiting. Dated was oddly negative. The Rime of the Ancient Marion barely lasted a day. Fortunately, by the time the book went to press I’d come up with the perfect thing: The Girl With the Stupid Tattoo. All I had to do was say it and people started laughing.

Unfortunately, my editor told me that we couldn’t use this title because somewhere along the line, the Stieg Larsson empire had trademarked not just The Girl With the Dragon Tattoo but all possible variations of The _____ With the _____ Tattoo. (If this was true, I guess no one told Amy Schumer about it. How I fumed when I saw The Girl With the Lower Back Tattoo!)

At long last, I hit on Highs in the Low Fifties, the title that now seems inevitable. My editor liked it—though it would need a subtitle, she said, so potential buyers would have some idea what the book was about.

Ah, the subtitle. While fiction readers seem to have no problem purchasing novels called All I Love and Know or Everything I Never Told You, Trust Exercise or Ducks, Newburyport with no further clues to the content, nonfiction readers demand more. They’re not just going to shell out $30 for a book called Honorable Exit or The Guarded Gate—two of the nonfiction titles that debuted this year. They sound like they could almost be about the same thing. How would you know which one you want?

This is why, right on the cover, we learn that the former reveals How a Few Brave Americans Risked All to Save Our Vietnamese Allies at the End of the War while the latter covers Bigotry, Eugenics, and the Law That Kept Two Generations of Jews, Italians, and Other European Immigrants Out of America.

Biographies also declare their topics in detailed subtitles. Page counts tend to be high in this door-stopping genre; titles also tend to go on a bit. Recent releases include Becoming Dr. Seuss: Theodor Geisel and the Making of an American Imagination, Gods of the Upper Air: How a Circle of Renegade Anthropologists Reinvented Race, Sex, and Gender in the Twentieth Century, and A Guest of the Reich: The Story of American Heiress Gertrude Legendre’sDramatic Captivity and Escape From Nazi Germany.

Like these heavily subtitled examples, a memoir is nonfiction—autobiography, in fact. But unlike other nonfiction, memoirs typically offer little in the way of concrete benefits or hard information. You read a memoir for about the same reason you read a novel—for entertainment. For escape. To kill time on the subway. Because you like to read.

So while some recent memoirs have relatively uninformative titles such as Once More We Saw Stars, The Body Papers, and all subtitled simply A Memoir, others take a more traditional nonfiction approach. The Undying: Pain, Vulnerability, Mortality, Medicine, Art, Time, Dreams, Data, Exhaustion, Cancer, and Care or In Hoffa’s Shadow: A Stepfather, a Disappearance in Detroit, and My Search for the Truth.

A subtitle was deemed necessary for my book; I tried to follow what I saw as the trend.

So why didn’t my publisher go for Confusing Sex, Prescription Drugs, and Singing With My Daughter to Pop Music Radio, or the even more descriptive How I Gave Up Online Dating, Found My Groove, and Fixed Myself a Nice Clam Pizza?

You see what we poor authors go through? You write tens of thousands of words and get stuck on the last two, or five, or fourteen. But unlike a rose, Portnoy’s Complaint by any other name would not be Portnoy’s Complaint, and perfect titles are timeless.

Love in the Time of Cholera. The Unbearable Lightness of Being. Disgrace. Catch-22.

Marion Winik, author of The Big Book of the Dead, writes a monthly column at BaltimoreFishbowl.com.