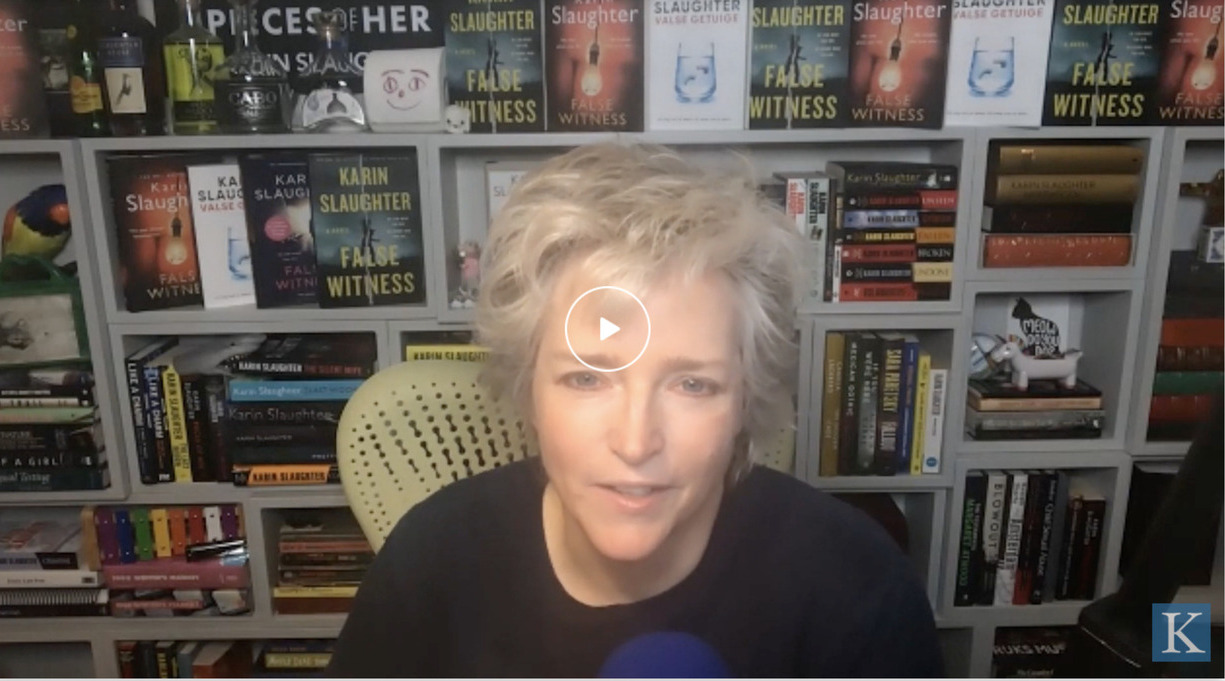 Karin Slaughter is the author of 21 novels that have sold more 40 million copies worldwide. Known for her Grant County and Will Trent series, her latest book is a standalone thriller, False Witness (Morrow/HarperCollins, July 20). It’s the story of two very different sisters, Leigh and Callie Collier. Leigh is a high-powered defense lawyer and mother; Callie lives on the street and struggles with drug addiction. Both will be haunted by a traumatic event from their youth that is dredged up again by one of Leigh’s clients—a violent man who knows all about their past.

From Kirkus’ starred review of False Witness: “A master of the no-holds-barred law enforcement thriller turns to legal intrigue, with shattering results.… How can [Leigh] strike back at a monster who holds all the cards? Only by tapping into the depthless power of sisterhood with Callie, who’s descended into addiction but still loves Leigh with a ferocity that makes the pair of them as dangerous as the man who’s targeted them. Combines disarming sensitivity to the nuances of the tangled relations among the characters with sledgehammer plotting.”

In this video interview, Slaughter discusses the importance of writing honestly and nonexploitatively about violence, especially violence against women; the role that friend and fellow novelist Alafair Burke played in helping her with legal research; and her decision to incorporate the Covid-19 pandemic into the background of her story.