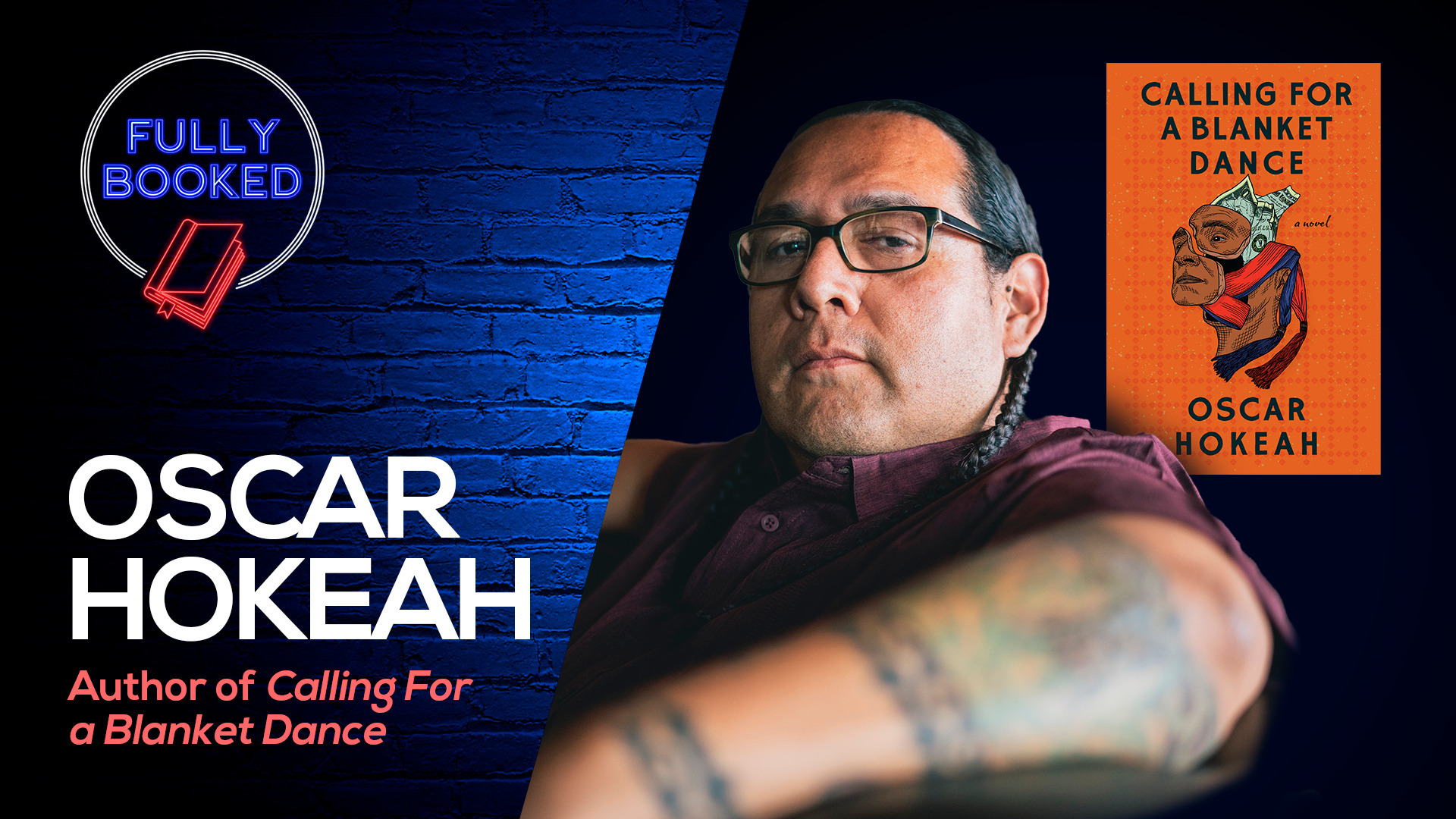 On this week’s episode, Oscar Hokeah discusses Calling for a Blanket Dance (Algonquin, July 26), a gorgeous new novel from a writer to watch (“Oscar Hokeah is the real deal. A new voice with ancient music.”—Luis Alberto Urrea). Hokeah, a regionalist Native American author of literary fiction, earned an M.A. in English from the University of Oklahoma, a BFA in creative writing from the Institute of American Indian Arts, and spent the last two decades in many service roles, working to empower Native American communities.

Set primarily in Tahlequah and Lawton, Oklahoma, and a bit in Aldama, Mexico, Calling for a Blanket Dance is the unforgettable story of a young Native American man named Ever Geimausaddle, as told by 11 members of his Kiowa, Cherokee, and Mexican American family—with a capstone chapter from the POV of the man himself. These voices make a moving symphony, charting a life marked in infancy by an extraordinary act institutional violence. Through many subsequent troubles and triumphs, Ever’s family watches and weighs in, offering their counsel, judgement, resources, and love.

Hokeah and host Megan Labrise discuss how he chose a polyvocal approach to telling Ever Geimausaddle’s story; how Hokeah’s no-BS approach to blogging broadens access to concepts like polyvocality and peripheral narration; the character of Ever’s grandmother, Lena Stopp, who narrates the first chapter; the effects of violence witnessed in childhood; acts of hope; second chances; the book’s cover art by Christin Apodaca; and much more.