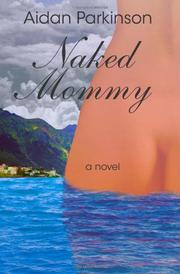 Two Irish brothers compete bitterly for the affections of a beautiful eco-terrorist.

Crude, self-entitled petty criminal Liam Caffrey needs a woman to complete his image of himself as a success. He sets his sights on Nuala Macree, who returned from Spain to their hometown of Lochard as a single mom to help an activist group save the town’s lake from a French water conglomerate. Liam’s socially naïve, intellectual brother Mel, whose recent spiritual crisis has led him to leave the monastery for home, has also latched on to Nuala as the radiant goddess who will fill the space that God has left. The brothers’ ineffective desperation, increasingly insane thoughts and bizarre behaviors in pursuit of Nuala, as well as the extreme antagonism they have toward each other, are described from inside their emotional spaces, caricatures standing in stark relief to Nuala’s graceful, noncommittal responses. Parkinson provides strange juxtapositions in this debut novel. There’s a voice and depiction of a traditional small town, as well as a working-class Irish life, that could easily be mistaken for something written in the 19th century, but certain details reveal a modern setting, like terrorism that consists of destroying electronic files or a party band that plays "Tainted Love." By the climax of the book, Liam’s move to impress Nuala with an open house party in his newly remodeled home leads to a surreal physical confrontation between the brothers, and the focus on the psychology of the obsessed pair suddenly expands into a broad, chaotic explosion of the whole small town’s anger and erotic energy in which even the lake itself gets a voice. The writing is overall a bit stilted and ungraceful, as if it is fighting with itself about whether it is philosophy or theater, pathos or satire. But in a way, this awkwardness suits the subject matter, and it’s unclear if this is literary defect or just unusual styling.

A strange, gawky dance between the past and the present, and between mundanity and insanity.

SAVED BY THE SEA
by David Helvarg
Newsletter sign-up