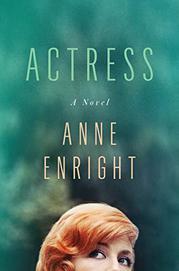 A daughter reveals the intertwined tales of her mother—a theatrical legend—and herself, a mature retrospective of sharing life with a towering but troubled figure.

Katherine O’Dell, star of stage and screen, blessed with beauty, red hair, and a gorgeous voice, “the most Irish actress in the world,” was not Irish at all. She was born in London, and the apostrophe in her name crept in by error via a review following one of her appearances on Broadway. However, the fact that Katherine is “a great fake” doesn’t cloud the love her daughter, Norah, has for her, a bond which exists alongside the unanswered question of Norah’s father’s identity, “the ghost in my blood.” The complexities of this mother/daughter relationship and its context in Ireland, the men it includes, and the turns both women’s lives take through the decades are the meat of this tender, possessive, searching new novel from Man Booker Prize–winning Irish novelist Enright (The Green Road, 2015, etc.). Saga-esque, it traces Katherine back to her parents, strolling players from another era who invited her on stage at age 10, scarcely imagining the luminous, internationally recognized figure this “useful girl” would become. But the novel is no fairy tale. Katherine’s life was marked with loneliness; disappointing, sometimes exploitative, and abusive men; the pressure of trying to remain successful; a desperate act of violence; and a breakdown. Norah narrates both her mother’s life and her own—she’s the author of five novels, a mother, a sexual being, and also the sole offspring of a parent she both adored and observed at a distance. Fame, sexuality, and the Irish influence suffuse the story, which ranges from glamour to tragedy, a portrait of “anguish, madness, and sorrow” haunted by a late, explanatory glimpse of horror which nevertheless concludes in a place of profound love and peace.

Another triumph for Enright: a confluence of lyrical prose, immediacy, warmth, and emotional insight.

THE GATHERING
by Anne Enright
Fiction

THE PLEASURE OF ELIZA LYNCH
by Anne Enright
Newsletter sign-up