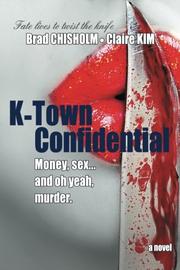 Holly Park, dismayed after receiving no acknowledgment for a multimillion dollar case she brought to her firm, leaves for the more modest American Legal Services in Koreatown in Los Angeles. There, she meets the Dumok, Koreatown’s reputed “godfather.” He asks Holly to find his wife, Nara Song, if she’s alive. He believes Nara and their child died in childbirth decades earlier, but recent rumors suggest otherwise. Holly’s other client, Kendall Taylor, still wants to know why her ex-husband, Wolf Linser, left her years before. Wolf is seven years into a prison sentence for sex with his underage stepdaughter, Naomi. Kendall, however, has doubts on that conviction and enlists Holly to look into Wolf’s suspicious current wife, Alexis Lee. Around the same time, cops arrest Naomi for the stabbing death of a local councilman. Delving into these cases, Holly exposes the occasional connection between clients and stirs up quite a few secrets. She also catches the wrong kind of attention. Someone, in order to halt her investigation, wants to make certain Holly has an “accident.” The authors’ fragmented narrative, with seemingly unrelated subplots, eventually fuses into a labyrinthine mystery. The protagonist boasts a distinctive heritage, making her a virtual loner. Boss Kate Hong mocks Holly for speaking only a modicum of Korean, while others think she is Chinese. Holly, a deft professional, conducts lengthy interrogations with Wolf in jail and excels in the disappointingly short courtroom scenes. Though the mystery sometimes relies on coincidences, there’s a plethora of surprises, and not merely regarding Holly’s cases. Kate, for example, is doing something at American Legal Services that the FBI frowns upon. The authors fill their pages with striking, unforgettable metaphors; inmate Wolf is described as “skittish, like a rescue animal.”

An enjoyable zigzagging plot, though it’s the rather sensational Holly who leaves the strongest impression.