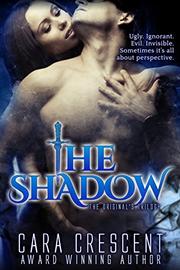 A vampire assassin and his potential target—a witch—may be the only ones who can prevent the start of Armageddon in the second installment of Crescent’s (Sating Ember Moon, 2017, etc.) fantasy series.

A group of fallen angels known as the Watchers sends Guardian vampire Duncan Sinclair after rogue Guardian James Pasquino and his mate Lilith, a witch who may be “the Original,” who’s fated to open a portal to the daemon realm. Her friend is Duncan’s other target: Trina Lopez, a witch whose powerful magic “isn’t acting right” and who may have inadvertently infected Lilith with an ailment called “the Darkness.” When Lilith is rushed away for treatment, Trina is left alone, so Lilith summons a mate on Trina’s behalf—who happens to be Duncan. The duo’s mutual attraction is quickly evident, and the new couple goes in search of Julius Crowley, a vampire who once tried to abduct Lilith. The more immediate threat, though, is Azazel, the Watcher currently possessing Crowley, who aims to push the world toward the end times. Trina, meanwhile, fears that she’s destined to become evil. The romance between Trina and Duncan is a nice change from those in typical gothic vampire tales. Centuries-old Duncan, for example, is neither particularly handsome nor an eloquent speaker (“Slag me off with your quick wit,” he challenges Trina at one point). Also, the book’s most erotic scene shows how stimulating mere words can be. There’s plenty of space reserved for action, as well, including confrontations involving vampiric Sentries and dangerous Nephilim. Short recaps of the preceding novel, in which Lilith and James were the protagonists, will allow series newcomers to quickly catch up.

A sleek tale of the supernatural with an unwavering pace.

THE KNIGHT
by Cara Crescent
Indie

THE BEACON
by Cara Crescent
Indie

THE LAST MARINE
by Cara Crescent

Keys to the Coven
by Vicky Loebel
Fiction