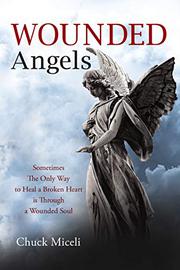 A novel focuses on a grieving widow who finds an unlikely second chance to embrace life.

This tale opens on a memorably stark note: the moment when 14-year-old Maureen Bower’s working-class father leaves their family and commits suicide. In a particularly jarring scene, she’s actually the one who discovers his body hanging from a tree in Highland Park. Naturally enough, the incident scars her psychologically, deepening her fear of abandonment until she meets a confident and high-spirited man named Frank Russo, who asks her to dance at the Cypress Avenue Roller Rink. Frank, a vibrant figure who, a character says, “could never be just another face in the crowd,” brings complicated vigor to Maureen’s life, and a chunk of the novel’s narrative details their relationship. When Frank dies, the wounds of losing her father are reopened, and she withdraws from society. Her unhealthy isolation is shattered by her deepening friendship with an unconventional woman named Doris Cantrell, whose outsized personality has developed as a response to her own psychological traumas while growing up. Doris is abrasive and outspoken, and although she’s kind in her gruff way, she shows little patience for Maureen’s habitual references to her long marriage to Frank and her ongoing bereavement. From the beginning, Maureen senses hidden dimensions in Doris. In direct and largely unadorned prose (that sometimes reads a trifle flat), Miceli (Amanda’s Room, 2012) skillfully charts the deepening of this odd friendship, with Doris and her own familial strife serving to draw Maureen out of a downward spiral that may well have had her following her father’s dark path. Instead of just wallowing in her sorrow, Maureen tries to figure out Doris’ troubled history: “I felt certain that underlying her anger was a deep pool of sadness. What life experiences had ingrained such hostility in my strange new friend?” The fine emotional gradations in the deepening friendship between the two women are smoothly handled and boldly venture into dramatic territory seldom dealt with in contemporary fiction.

A straightforward, engaging tale about finding a meaningful friendship late in life.