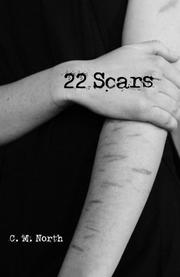 When a teenager falls into a spiral of depression and self-harm, friends and family try to save her before it’s too late.

In this debut novel, a solitary teenage girl, dressed all in black, makes her way through the city to her friend’s apartment on a summer day. Amy is sensitive, quiet, and shy, with few close pals except for Bethany, an outgoing girl who is concerned that her friend seems depressed. Amy was close to another classmate named Jason, until he dropped out of school after his girlfriend became pregnant. As their friendship deepens, Beth discovers that Amy’s depression includes damaging actions. At times of intense personal stress, Amy cuts her arms and legs. Despite her attempts to connect with Jason and Beth’s efforts to help her, Amy slides further into a cycle of depression and cutting. Amy’s parents are bitterly divided over how best to help her; her mother encourages therapy, but her father believes her problems are a cry for attention. When tragedy strikes, Amy finds herself in an emotional free fall that culminates in hospitalization after cutting her arm. A new friendship offers her another opportunity for connection, but it may not be enough to save her from her depression. Meanwhile, a young couple fall in love after meeting at a party. Their marriage soon plunges into a cycle of addiction and abuse—a pattern whose effects last for generations.

North’s book delivers a riveting and dynamic examination of depression and self-mutilation in a teenage girl and the lasting effects of abuse within a family. But the multilayered narrative approach is not perfectly seamless. Amy is a strong and sympathetic protagonist whose struggle with depression and cutting affects every aspect of her life, from relationships with family and friends to performance at work and school. Although her depression is primarily viewed through the lens of the people who know her best, her diary entries provide valuable insights. In one passage describing her love of black clothing and goth culture, she asserts: “I don’t know how to explain it other than there’s a comfort in misery, something dark and familiar and soothing, like feeling protected by shadow. No one can find me, no one can hurt me, no one can even see me.” The author utilizes a singular structure in telling Amy’s story. Most of the narrative is in the third person; however, chapters narrated by Beth, Beth’s father, a nurse, and two of Amy’s classmates supply additional perspectives on their efforts to help Amy. North’s novel also includes a parallel tale about a young couple whose marriage gradually disintegrates under the weight of addiction and abuse. The pacing of the couple’s story is intense as innocent domestic arguments gradually escalate into a shocking breach of trust, but the transitions between their tale and Amy’s are abrupt, and the characters are never referred to by name. While the couple are pivotal to the narrative, Amy’s story offers stronger overall character development.

A harrowing portrait of depression and the toxic legacy of abuse.

IF I STAY
by Gayle Forman
Children

BEFORE I FALL
by Lauren Oliver
Indie

YOUR TURN
by Tyra Manning
Children