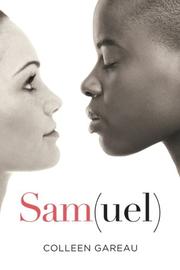 A novel about gender identity, abusive relationships and how to find one’s own way in the world.


Gareau’s (My Mother’s Summer Vacations, 2014) latest book centers on Lizzie Valor, a 17-year-old girl in northern Ontario who’s recently become pregnant by her abusive boyfriend, Rue. Lizzie births her baby, Sarah Jane, alone in a bathroom, and when her own father tells her that she must marry Rue to avoid shaming the family with an illegitimate child, she decides to run away and escape to Toronto, the closest big city. Lizzie and Sarah Jane take a 12-hour bus ride there, and once they arrive, they find shelter at hostels, restaurants and, when their money finally runs out, train stations as Lizzie struggles to find a job. At one of these stations, Lizzie encounters a transgender sex worker named Samantha—Sam for short—who notices that Lizzie has a baby. Sam eventually invites the two of them to stay with her until they can get back on their feet. She welcomes Lizzie into her home, with the agreement that Lizzie will cook for her and her other roommate, ZoZo. Eventually, Lizzie learns to be comfortable in her new abode; at the same time, she notices that’s she becoming more and more drawn to Sam, first as a friend and then romantically, despite her uncertainty about Sam’s transgender identity and sex-worker job. The book traces Lizzie and Sam’s budding relationship and explores both of the characters’ feelings about gender and attraction. It also details their respective attempts to tackle their own demons so that they may live independent, successful and flourishing lives. Gareau’s intriguing novel explores some timely, substantial themes, including how the world views and treats transgender people and also how transgender people view and treat themselves. Along the way, it engagingly addresses a range of other issues, including addiction and homelessness. The author also does a particularly good job of illuminating the effects that abuse can have on relationships, both familial and romantic.

A compelling story about self-acceptance, new beginnings and unconditional love.

WHERE THE HEART IS
by Billie Letts
Fiction