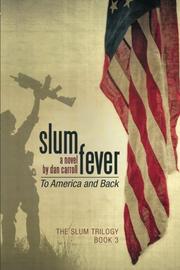 In the conclusion to Carroll’s (Slum Song, 2013, etc.) trilogy, an American philanthropist and his loved ones flee a Caribbean island of revolutionaries—but then he risks a return to save his fiancee’s brother.

Robbie Beaufort built a life on San Cristobal with his Christobalian wife-to-be, Julianna Miranda. But his charity work has made him an enemy of a local revolutionary group called the Sandinas and its leader, Generalissimo Cano. Robbie escapes by plane with Julianna; her young daughter, Alba; the couple’s newborn, Victor; and other family members and friends. Their new life in the United States begins with a media frenzy, as Americans’ current favorite topic is the revolutionary takeover of San Cristobal. Fresh obstacles await stateside, as Robbie is sure that Donna Cruz, who runs his charity organization, Kids of the World in New York City, has a drinking problem. Also, he and Julianna lose touch with her brother, Sgt. Gabino Manzanares, who’d stayed behind but now regrets his decision. When Robbie gets an opportunity to return to the island, he takes it, braving certain peril in the hope that he can find Gabino and reunite him with his family in America. Carroll energizes his tale by giving Robbie and his fellow absconders myriad paths to follow. Robbie, for instance, considers replenishing his waning funds by writing a book on his experiences and distributing it through his wealthy brother’s newly founded publishing company. Meanwhile, family friend Natalia refuses to learn English, which is bound to cause her some difficulties. The story here is decidedly less intense than the preceding book’s; the characters’ complaints about American weather, for instance, pale in comparison to the constant threat of Sandina violence. The final act, however, is devoted to rescuing Gabino, and it ends the novel, as well as the series, with an exciting, fraught undertaking.

A less-harrowing but still enthralling story that shows that keeping family together can be a never-ending adventure.

We Came All This Way
by Mike Heppner
Fiction