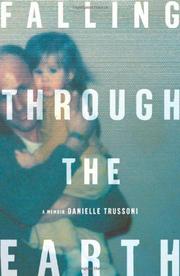 FALLING THROUGH THE EARTH

Trussoni’s debut is an engaging coming-of-age memoir that has at its core a stark portrait of her war-damaged father.

When her parents separated, Trussoni, then 11, chose to stay with her father. Here, she expertly weaves together three separate stories—the first is of her early years growing up in a dysfunctional family and then living with her hard-drinking, often distant father; the second is of her father’s life-altering experiences as a “tunnel rat” during the Vietnam War; and the third is of her solo trip to Vietnam at age 24, a journey she took to try to fathom her father’s wartime life. It is a rich vein of material, and her handling of it is deft. As depicted here, her father’s behavior is both sad and funny, outrageous and shocking. As a child, she favored him, preferring to share his life rather than live with her mother, sister and brother under the parents’ joint-custody arrangement. However, she does not spare him here. Her clear-eyed narrative shows him to be a man with a chip on his shoulder, hanging out at Roscoe’s bar, neglecting her, bringing home slews of girlfriends and talking with his fists. It is not surprising that she has her own teenage run-ins with the law. At age 16, she rejoins her mother and siblings. Somehow she survives her disjointed childhood, and even thrives, growing up to confront her father, to question and to understand him. On her trip to Vietnam, she goes into the tunnels that it was his job to search during his stint there in the late ’60s. Clearing booby-trapped tunnels was a suicide mission for American soldiers, and Trussoni writes of the job—the smells, the heat, the danger, the fear, the killings—as though she had lived it. Her father’s memories have become her virtual memories, and clearly the war that changed her father has had its effects on her life, too.

A moving memoir that flows like the best fiction but that has the punch of real life.

THE ANCESTOR
by Danielle Trussoni
Nonfiction

THE FORTRESS
by Danielle Trussoni
Sci-Fi