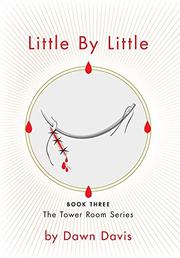 In this third book in her Tower Room fantasy series, Davis (Falling, 2017, etc.) takes her Canadian protagonist from 1920s Toronto to 1850s Buffalo, New York, right in the middle of an Underground Railroad escape.

It’s 1929, and Dilys Frank feels exhausted and spiritually empty. Once a nurse for Toronto General Hospital, she now lazily keeps the doors open at the unlicensed Makeshift Pharmacy on behalf of her father, Gus Frank, a gambling photographer, con artist, and thief. Her stress about her father’s shady activities is exacerbated by the recent loss of her baby daughter, Pearl, who was born out of wedlock and lived only a few short weeks. When Gus invites her to his home to show her evidence of his previous time travel, Dilys is skeptical and angry. But when she snoops around the magical tower room, it takes her on her own adventure—landing her in Buffalo in 1850. Once there, she meets Caleb Breneman, a kindly Quaker who needs a nurse to attend a wounded child whom he’s helping along the Underground Railroad. She quickly discovers that she’s not a slave, but the disguised white daughter of a plantation owner named Caroline, who fled with her young friend, a slave named Jackson. When Caroline’s father comes to town, the need to secret the children away to Canada becomes more urgent. Over the course of the novel, Davis presents a story that’s well written, well researched, and features an intriguing central conflict. Although this installment in the series may easily be read as a stand-alone novel, readers will get helpful context if they start from the beginning; the time-travel device, for example, ties the overarching story together, but it’s hardly explained here. Also, some readers may find the white-savior narrative structure, which puts Dilys at the heart of a slave-rescue story, to be distasteful. Overall, though, the novel does effectively manage to bring some historical injustices to light.

An often engaging novel with a touch of magic, hampered by a problematic trope at its center.