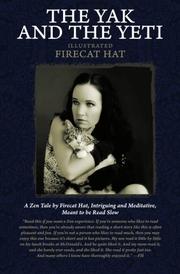 THE YAK AND THE YETI

In this contemplative, illustrated fable, a fearful yak and a yearning yeti travel separate paths before reaching a critical encounter.
Along a snowy trail in the Himalayas, a yak spots footprints going in different directions, likely those of the yeti he fears. He decides to stick to his current path since there “is no way to avoid this great beast.” Meanwhile, the yeti, who “always strolled with ease,” comes upon a fork in another trail. He tries to engage with some small animals, yet they fear him, so he tosses them nuts and moves on. The yak plows on, burdened by past and perceived sightings of the yeti and his own mournful visage reflected in water. Having a more “adventurous spirit,” the yeti, as in the past, retrieves the body of a climber that failed to heed the mountains’ “silent warning.” Drawing from his picture books and observations of nearby monks, the yeti goes through “many rituals in preparation of the body for eating that were not necessary for the preparation of food,” including throwing the climber’s clothes back off the cliff as a final memorial. After both creatures commune with the stars, the yak sees the glowing light of the yeti’s cave, then feels the “encouragement” of the rope by which the yeti pulls him in. By story’s end, the yak has a new perspective on what he feared along with free choice regarding his next steps. In her latest “Zen tale,” this author provides a story rich in psychological dimension. The illustrations showcase and underscore the stark, surreal setting that’s also quite effectively sketched within the text. Some accompanying material, including back-of-book lists of favorite writers and movies, detracts a bit from the core narrative’s power, although it also conveys some authorial charm. The yeti’s eating of humans is disturbing, although this also serves to offer some suspense for readers and additional food for philosophical thought; the yeti doesn’t kill the humans, after all, and he honors the dead.
Striking, memorable allegory of the challenges and choices of existence.
Pub Date: Sept. 23rd, 2014
ISBN: 978-1500835897
Page count: 128pp
Publisher: CreateSpace
Program: Kirkus Indie
Review Posted Online: Dec. 15th, 2014

I WAS ONCE A MONKEY
by Jeanne M. Lee
Children

YETI AND THE BIRD
by Nadia Shireen
Newsletter sign-up