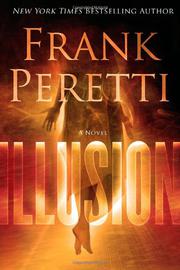 If you were a magician’s assistant, you’d probably file suit if your employer sent you spinning off into another dimension. Somehow, that’s just what’s happened to Mandy Collins, the lesser of equals in the magic act Dane and Mandy, who, after four decades of being married to the boss, has drifted into an alternate universe where she’s back to her late-teen self in 1970. The soundtrack to that bit of time travel may be Flip Wilson, Dean Martin and Laugh-In (“Sock it to me, sock it to me, sock it to me”), but all is not japes and jests in the land of the walking tie-dyed undead. Meanwhile, poor Dane Collins is stumbling through life thinking that Mandy is dead, their own private Idaho (“they still returned simply because it was Idaho and Mandy loved Idaho”) empty without her. Until, that is, Mandy shows up in her 19-year-old guise, leading the old magician to, well, think about new tricks. In a pure-of-heart way, of course: Dane’s no horndog, even if, you bet your bippy, the post-teenybopper makes for temptation: “Whatever this fixation with a twenty-year-old was,” he notes, “it had to be affecting his thinking.” Roger that. Peretti employs a squad of mad scientists to give the story wonky grounding—“She had at least 50 percent opacity, and I’m guessing I had the same opacity to her,” says one dogged researcher before barking out weird-science lingo that belongs on a Star Trek set. (The reader will want to work the term “deflection debt” into his or her next conversation.) It would be stealing Peretti’s thunder to tell what happens next, but suffice it to say that true love conquers all, even relativistic space-time.

The physics are dubious, the story lightweight—but it’s all good fun.

THE MAP OF TIME
by Félix J. Palma
Indie

The Flight of the Mayday Squadron
by Steve A. Madison
Indie