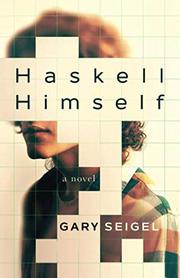 A gay teenager tries to break into a new high school and Hollywood while firming up his identity amid the uproar of the 1960s in this coming-of-age novel.

Sixteen-year-old Haskell Hodge loves acting (he has an iconic cereal commercial under his belt), playing piano (his Liberace parody brings the house down), and living in the bustling Manhattan of 1966. But when his divorced mom decamps to Europe with her lover, he gets dumped in Los Angeles to live with his aunt, uncle, and bratty cousin. His gangly, nerdy presence and fondness for show tunes soon make him the target of gay bashing by Lucky Miller, the handsome, dumb swimming champion at Encino High School, who refers to him as Judy Garland. Standard-issue bullying ensues—Haskell gets roughed up in hallways and urinated on in the showers. Then he is befriended by classmate Henry Stoneman, a dreamboat possessed of “near-perfect…handsomeness,” a blossoming acting career, a wonderful interpretive touch with Chopin, fluency in four languages, and serious martial arts prowess that he imparts to Haskell in bare-chested wrestling sessions that leave the latter flustered and aroused. Henry’s feelings remain a mystery, but under his tutelage, Haskell is soon ready to stand up to Lucky. Unfortunately, when Henry and Haskell try out for roles in a movie being produced by the latter’s estranged dad, rivalry strains their friendship. And Hollywood’s insistence that gay actors remain barricaded in the closet starts to shadow Haskell’s prospects. Seigel’s (The Mouth Trap, 2007) hectic yarn deals with serious themes of maturation and belonging in a lighthearted vein that grows somewhat darker as the story proceeds. There is angst but not much rebellion in the YA novel, which is set in a largely Jewish, middle-class milieu where adults dispense good advice and empathy and the Vietnam-era counterculture is just background noise on TV news. The author draws vibrant, if sometimes cartoonish, characters, like Delia Jacobson, a theater-mad student who speaks in pig Latin. In addition, his prose is brisk and funny, its tone set by Haskell’s comic kvetching and hand-wringing. (“I might become radioactive and turn into one of those green, hairy creatures I read about in my comic books,” he frets after reading about toxic waste in the San Fernando Valley.) Haskell’s endless neurotic uncertainty over who to be and what to do will captivate readers.

An entertaining and perceptive YA take on the predicament of gay adolescence.

STORIES TO SING IN THE DARK
by Matthew Bright
Indie

THE WOMEN OF DAUPHINE
by Deb Jannerson
Newsletter sign-up