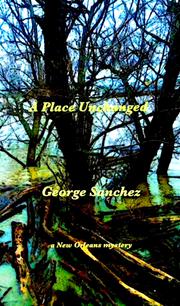 Jeff wakes up next to his girlfriend, Bryna, still disoriented after a flight from London following an acting tour. He evidently overindulged in liquid courage during his trans-Atlantic journey—or was he drugged? When the doorbell rings, Bryna heads downstairs and, within moments, someone kidnaps her. Frantic and naked, Jeff runs into the street, but she’s nowhere to be found. He calls the police, but when a rookie cop talks disrespectfully about Bryna, Jeff becomes violent, leading to his arrest. After his release, the distraught hero goes on a lengthy drunken binge that lands him in the hospital. Because Jeff is the narrator of this tale, readers, for better or worse, share his detox experience as well as his recovery with the help of friends in a support group. The section describing Jeff’s delirium offers a visceral portrait of his temporarily tortured psyche, but it also indulges in a lengthy tangent. Finally, healed in body if not quite in soul, Jeff embarks on the journey to rescue Bryana. Fortunately, many people who have his back, including his three brothers, Charley, Space, and BroBoo; New Orleans Police Capt. Ramirez; and other longtime friends. He also gets the protection of a mysterious, powerful family whose daughter and granddaughter he helped return in the previous series installment. Once Jeff gets his mojo back, there’s enough action to keep the narrative interesting, including a few shootouts. The large, diverse, and eccentric cast also provides plenty of amusing entertainment throughout. Although readers will certainly benefit from reading the series in sequence, Sanchez does his due diligence in catching readers up on past events, and as a result, the novel can be enjoyed as a stand-alone. The author ends the story with a surprising cliffhanger, leading fans to the next installment.