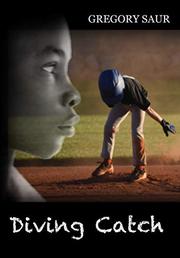 Thirteen-year-old African-American Devon Horner’s best friend, Corey Strider, was arrested last summer after associating with drug dealer Preston Whiteside. Since then, Devon has resolved to stay far away from criminal activity in his economically depressed neighborhood. This has been a challenge, however, as Preston keeps pressuring him to join his crew. Later, after accusing Preston of giving up Corey to the cops, the drug dealer’s thugs chase Devon across town. Devon eventually ends up at a baseball game at a more affluent, predominantly white middle school. As a casual player, Devon quickly becomes fascinated with the team and strikes up a friendship with one of the players, a white boy named Henry Lee. As summer begins, Henry and his friend Kevin decide to join the Little League tournament at Devon’s church. However, the differences in the players’ backgrounds initially seem to be insurmountable; in order to come together as a team, the boys must embrace their commonalities. Meanwhile, two other students at Henry’s middle school newspaper investigate rumors that the school’s baseball team is involved in drug activity, and they start looking into the background of its mysterious coach, Dillon Wood. Ultimately, the various threads of the plot weave together in a page-turning climax. As might be expected, baseball games comprise a major part of this story. The detailed descriptions of various plays will obviously appeal most to sports enthusiasts, but Saur makes sure to keep them accessible to nonfans. More significantly, the author provides an insightful analysis of relationships between young people of different races and economic backgrounds. The characters are realistically portrayed as having complicated emotions, resulting in touching moments; a particularly poignant example is Devon’s secret feeling that Henry will abandon their friendship as soon as it becomes inconvenient. Overall, Saur skillfully handles the delicate subject matter and infuses the story with optimism.