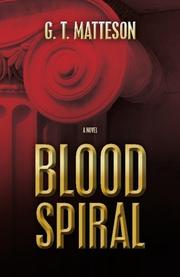 Bradley “Hound Dog” Hunt, once a prosperous corporate lawyer, began representing “the most guilty and despicable clients” after his son was killed by a drunk driver in a hit-and-run. Hunt’s clients always walk free, and, soon after they do, Hunt tracks them down and kills them. Revealing Hunt’s secret doesn’t ruin any surprises for the reader because the central question posed by Matteson’s novel is not who murdered Hunt’s clients. It’s not even whether Hunt will be discovered. Rather, the novel probes what the FBI agents on Hunt’s tail will do when they inevitably connect the dots in his crimes, and whether the lonely librarian who becomes besotted with Hunt will remain interested once she discovers the violent truth. The novel opens with Hunt’s gruesome killing of a child pornographer and murderer. Before killing his client, Hunt helped him strike a deal with the federal government that placed him in the witness protection program. We then meet Frank Turbine and Nelson Lyman, the FBI agents assigned to the murder. Matteson alternates between Hunt’s lonely quest to avenge his son’s death, the agents’ investigation and the attractive librarian’s interest in Hunt, which is sparked when her son testifies as a witness during one of Hunt’s trials. The author successfully delivers suspense and surprises, and the novel moves back and forth between California and Pennsylvania at a breakneck pace. Unfortunately, the characters are not as well crafted as the plot. Matteson attempts to create unique characters, such as small-town sheriff Hannibal Johnson and Cherlene, Hunt’s loyal secretary, but in his efforts to make his characters vivid, he indulges a tendency to overwrite. For example, when Turbine drives Lyman down a country road, Matteson does not just write that Lyman “felt more like Tonto than he cared to admit and looked glumly out the window,” he adds that Lyman was “disturbed and confused, sharing only a quiet stoicism with his fictional Indian counterpart.” Similarly, it’s not enough for Lyman to habitually twirl a rubber band; Matteson spells out that in doing so, Lyman shows “his true, hyperkinetic nature.”