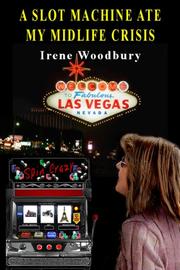 A vigorous but strained story of midlife angst.

With her new marriage just getting off the ground, 45-year-old Wendy is already bored. After less than four months with Roger—her sane, productive, just-a-bit-too-stable new beau—she needs a break. For an expat from Southern California, Wendy’s new home in Houston is as tawdry as she feared, and things get worse when she loses her job. Enter Paula, a warped, wacky L.A. friend who offers to solve all Wendy’s problems with a trip to Las Vegas. Eager but wary, Wendy accepts, and the pair is off to Sin City for five days of all the best and worst the city has to offer. But when Wendy misses her flight home, a long Nevada weekend turns into a longer stay that will endanger her marriage and offer some unexpected professional and romantic possibilities—if she's willing to gamble. Woodbury’s energetic narrative includes lots of dialogue—some of it quite funny—and heaps of catty repartee break up the action. The author may have worn out her thesaurus looking for synonyms for “said”—“snarled,” “sneered,” “rambled,” “moaned,” “sighed,” “hissed with a vulgar cackle”—and the plot sometimes feels like her verb choices: forced. Eventually the book starts to resemble an actual trip to Vegas: The lights are so bright and the music is so loud that we should be having an amazing time. But are we? Of course, that’s part of the point of the book—that Vegas is a fun, shallow imitation of reality. But part of that illusory quality seeps into Woodbury’s tale, making it, too, seem a little bit fake.