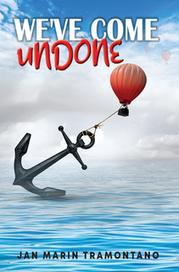 In this literary novel, two intertwined marriages on the rocks are brought to a crisis point.

Marine veteran Denny D’Angelo still suffers from medical problems he sustained during the Persian Gulf War: “The scent from a woman’s perfume, a fresh coat of paint on a neighbor’s house, even spring pollen, can set off days in the dark with migraine or debilitating allergy attacks.” His wife, school librarian Willow, has never forgiven him for joining the Marines in the first place, and she resents his refusal, after getting back home, to help her fulfill her dream of motherhood. Now that she’s started to have feelings for another man, she’s decided she wants a divorce. That other man is Blake Golden, a high school principal who has also tired of his marriage to a wife he cannot please. Jillian dreamed of becoming a ballet dancer, but ever since that goal proved impossible, she’s limped through life, unable to be the wife or mother her family needs. All their plans are thrown off when Willow is involved in a car accident and slips into a coma. How did these couples get to this place? And where will they go from here? Tramontano’s (Standing on the Corner of Lost and Found, 2011) expressive prose intimately follows the thoughts of her characters: “Willow’s desolation deepened each month. When she could barely drag herself through a day, she finally got pregnant again. She promised herself she would tell Denny the evening the doctor confirmed it, but didn’t. Never told him about the miscarriage either.” The four main players are all well drawn and compelling, though a reporter who takes an interest in the couples—Lily Lerner, who is undergoing her own personal crisis—seems like a bit of a fifth wheel. Things wrap up too neatly, perhaps—particularly with Lily there to explain everything on her blog—but as the plot unspools, readers will mostly feel like they are being granted an authentic view into the lives of the characters. The author plays with the expectations people have going into marriages and how often they are disappointed—but also how the potential for change is often waiting somewhere on the next block.

An extremely satisfying tale about the realities of marriage and love.