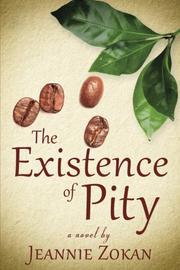 THE EXISTENCE OF PITY

In Zokan’s debut novel, the members of an American Baptist missionary family in Cali, Colombia, confront some surprising secrets.

Teenager Josie Wales, the kid sister of Aaron and the daughter of Henry and Astrid, narrates this story of a fateful summer in the family’s lives. It’s 1976, Josie is soon to enter her junior year of high school, and Aaron, his senior year. The season’s first bombshell hits when Josie discovers that her father’s mysterious errands are to see and support a woman with whom he secretly fathered a child. Henry is contrite, and he and Astrid try to work through the situation. The other woman, Samara, then tricks them into taking care of the baby, whose name is Piedad Maria. If the mission hierarchy finds out that the child is Henry’s, he could lose his position, which would put the family back in the United States, adrift. Then a second bombshell goes off, involving Astrid, which shakes the family to its roots. Josie’s only confidante is young Blanca, a Colombian housekeeper, and the teen begins to flirt with Catholicism. To her parents, this nascent apostasy is morally worse than what they’ve done—even though sneaky, unpleasant Aaron is hardly a model child. As Josie navigates her family situation, she deals with typical, young-love issues with her boyfriend. Overall, this is an offbeat coming-of-age story, albeit a brutal one, and Josie is perfect in her role as the story’s protagonist and moral center. Zokan effectively shows how the teenager heroically tries to make things right and to get her family members to stop their denial and hypocritical behavior—and they are revealed to be very ugly Americans indeed. The reader aches for a happier ending, as Henry, Astrid, and Aaron appear to have learned nothing, satisfying themselves that somehow all their misfortunes were Josie’s fault. Intriguingly, however, they haven’t ostracized the protagonist at all—they’ve liberated her.

A sensitive work from a very promising author.