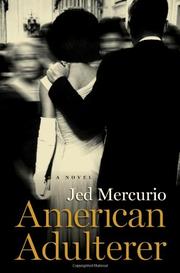 The adulterer is JFK, and Mercurio (Ascent, 2007, etc.) proceeds from the premise that the president’s philandering was not private and recreational, but central to both his character and his governance.

The narrative takes readers through Kennedy’s tragically truncated term, from the rousing inaugural speech to the Bay of Pigs, the European summits, the Missile Crisis and on at last to Dallas. It also—with gusto—lingers over the sordid but no less well-known tales of his assignations with Marilyn and Judy, adding a presumably fictional “pair of White House concubines” code-named Fiddle and Faddle by the Secret Service. In the popular press JFK is often treated as an unaccountable hybrid of visionary statesman and satyr, but Mercurio insists from the beginning that these two sides are entwined rather than contradictory. He reunites the bodily Kennedy—frail, pain-wracked, shot up with an array of drugs prescribed by competing doctors, insistent that without frequent sex his poisons will back up and his head will throb—with the daring and eloquent idealist. The novel reads like a psychological case study, a conceit emphasized by JFK being referred to throughout as “the subject.” Mercurio ingeniously reads the Profumo Affair, a notorious 1963 British sex scandal, as a turning point after which the press, until then accustomed to hushing up politicians’ sexual misconduct, decided that such matters were not after all private and began to divulge them.

Stylish, intelligent, often persuasive revisionist history, though perhaps too insistent on its premise: It’s sometimes hard to tell whether the obsession with sex is JFK’s or the author’s.