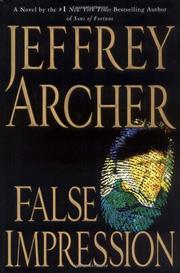 Now that he’s completed his trilogy of prison diaries (2003–05), Lord Archer, out on the street again, returns to his old habits with this tale of a disgraced art expert’s attempt to thwart her villainous banker boss’s plot to fleece a fine old English family of van Gogh’s Self-portrait with Bandaged Ear.

The morning after Lady Victoria Wentworth has her throat cut before she can follow Dr. Anna Petrescu’s advice about selling off her van Gogh to cover her debt to Fenston Finance, Bryce Fenston fires Anna for offering the advice. Getting sacked is the best thing that could have happened to her, because while she’s waiting for an elevator to take her down to the first floor of the World Trade Center for the last time, the building is rocked by a fiery explosion. Yes, it’s 9/11, and while Archer is using the disaster as colorful background, Anna’s taking advantage of the chaos to disappear, presumed dead. She plans to fly to England and ask Arabella Wentworth, Victoria’s twin and heir, to help her steal the canvas, now technically Fenston’s property, before Fenston’s lieutenant, disbarred lawyer Karl Leapman, can pick it up. Knowing that a terrorist bombing goes only so far, Archer (Sons of Fortune, 2003, etc.) ladles on extra complications. An FBI agent who’s had his eye on Fenston gets on Anna’s trail. Her phone calls to her friend Tina Forster, Fenston’s assistant, puts her irate ex-boss close behind. The knife-wielding assassin who killed Victoria Wentworth goes after Anna as well.

Gradually, globe-hopping flights and substitutions of a hilariously unconvincing forgery for the real van Gogh start to take the place of plot developments, and somewhere between Bucharest and London, most of the suspense evaporates, though there are still a hundred pages left to run.

NOTHING VENTURED
by Jeffrey Archer
Fiction

MIGHTIER THAN THE SWORD
by Jeffrey Archer
Fiction

BE CAREFUL WHAT YOU WISH FOR
by Jeffrey Archer
Fiction