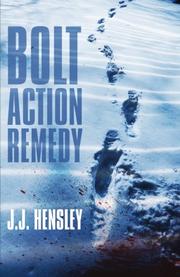 A former Pittsburgh cop battling his own formidable demons is hired to investigate the well-nigh-impossible murder of a businessman who was shot outside his home in rural Pennsylvania.

Whoever killed Peter Lanskard, the well-guarded owner of Mountain Resources Solutions, penetrated the security perimeter around his estate, covered the distance to the killing ground in record time, fired a single perfect .308 shot from an impressive distance, and then disappeared just as quickly, all while MRS security chief Brady Mason looked on in shock. Only a trained skier who was also a trained shooter could have pulled off the murder. So why hasn’t Washaway Township Police Chief Sally Colby identified the killer in the year since? Partly because Lanskard’s nearest neighbors, Olympian wrestler Seth Wrangle and his brother, David, are running a camp to train biathletes to shoot and ski, providing Colby dozens of potential suspects, partly because there’s not a scrap of evidence against the people Colby has made up her mind are responsible: the Wrangle brothers and their business partners, Linda and Jaden Fredrick, a husband-and-wife team whose job descriptions evidently include supplying alibis for each other. Called in to produce a solution in the week before the training camp ends for the year, scattering suspects to the winds, Trevor Galloway, whose career with the Pittsburgh narcotics squad ended when he shot a perp who was pulling a knife on him, suspects that his cop buddy Chase Vinson has recommended him for this impossible job mainly to keep him out of trouble. And with good reason: Galloway’s stint as an undercover narc climaxed when he was captured and forcibly hooked on heroin, and although he’s in recovery, he’s still not sure whether his earlier shooting really was righteous or whether he’s only imagining the signs of the Lithuanian killer he’s convinced is plotting a brutal revenge against him.

Notable mainly for the hero’s many disquietingly hallucinatory moments, often concerning utterly unimportant matters, and for the relentlessly ordinary prose against which Hensley (Measure Twice, 2014, etc.) sets them.

WHAT COMES NEXT
by John Katzenbach
Mystery