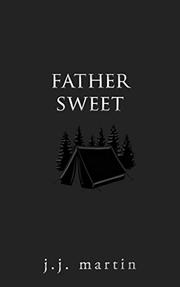 A victim of sexual abuse at the hands of a predatory priest remains haunted by his trauma but discovers an opportunity to heal in this debut novel.

In 1978, an ordinary 12-year-old Canadian boy is growing up in a small suburb of Ottawa. He’s an altar boy and a Boy Scout who is already an ardent outdoor enthusiast. The local priest Father Sweet insistently invites him out camping—just the two of them—an offer the boy attempts in vain to refuse. While out in the woods, Father Sweet becomes increasingly peculiar and physically intimate, drawing the boy into a manufactured confidence, even encouraging him to drink whiskey. The priest incrementally breaks down the boy’s defenses before he ultimately strikes, a monstrous orchestration of manipulation depicted with sensitivity by Martin. Father Sweet presents the boy a ghastly deal. In exchange for his own surrender to the priest’s advances, he’ll spare someone else: the boy’s older brother, Jamie. Years later, the victim is a wounded man, mercilessly shadowed by an unreconciled pain. But by chance, he comes across letters that provide evidence of his father’s own complicity in the church’s abuse of children, and a chance for the young man to save a boy caught in the grip of Father’s Sweet’s ghastly appetite for unsullied innocence. In achingly poignant terms, the author captures not only the protagonist’s anguish, but also the burden his father must have carried: “My father was a proud man, and he usually stood straight and tall, but I could see that when we went to church, his private sins, whatever they were, bore down on him like a load of logs and humbled him into a slouch.” Martin tackles the most gruesome of subjects with an extraordinary delicacy that never undermines the story’s brute power—it is at once darkly discomfiting but also told with admirable grace. Of course, this is a contemporaneously relevant tale as well. The author raises important and provocative questions about the Roman Catholic Church’s complicity, and the value of reforming an institution, whatever its ideals, that has fallen so deep into a moral abyss.

A beautiful portrayal of an unspeakable betrayal and the fraught path of a victim to recovery.