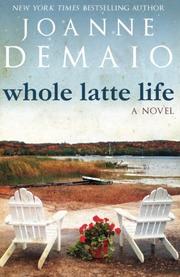 Debut author DeMaio sketches the mid-life crisis of a 40-year-old woman and shows that turmoil can lurk behind even the most serene of façades.

Sara Beth Riley is a stereotypical suburban mom with a financially successful and fairly decent husband, three good kids, a nice house, great friends and enviable health. But behind that mask, Sara’s soul is actually crumbling. Unlike many content to go through the motions, Sara says “no more,” and walks out on her life, her family, her kids and her husband, both literally (for a short while) and emotionally (for an extended time). DeMaio’s use of supporting characters to show the impact of Sara’s choice on others is an enlightening stroke that adds depth to her character’s journey. It also makes Sara appear whiny and unlikable at times, illustrating how unsympathetically the world can perceive those struggling with inner burdens. The author uses Sara’s self-obsessed misery as a tool to show the more interesting and powerful paths of the people close to her, including her husband, her best friend and a troubled officer in the NYPD’s mounted division. The transformations of the secondary characters make up the core of the book, and the title character sometimes seems little more than a static pawn for the stronger personalities around her. At times the author’s style of jumping between past and present, as well as switching viewpoints, makes for jarring transitions. But the moments of confusion are usually made worthwhile by the scene’s thoughtful foray into the not-so-simple emotions of those struggling to rebuild in the middle decades of their lives, especially in the shadows of loss and death.

Despite the stream-of-consciousness style that leaves the reader feeling somewhat distant from the story, DeMaio pulls off a wandering, thoughtful story that surprises with its insight and emotional impact.

ONE BLOOD
by Qwantu Amaru
Indie

THE WOMAN AT THE WELL
by Ann Chamberlin
View full list >

ONE MOMENT, ONE MORNING
by Sarah Rayner
Fiction

THE SISTERS
by Nancy Jensen
Fiction