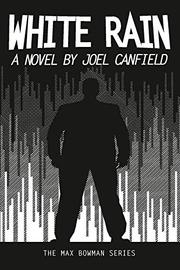 In this fourth installment of a series, a private eye—out of commission for nearly a year—tries to regain lost memories and stumbles on a nefarious plot.

Sixty-year-old Max Bowman has no idea how he ended up in “the Community.” He knows he’s a former CIA operative, but the last few years of his life are a blank. After Howard, an old friend, visits, Max learns he’s in a Florida retirement home (of sorts) for agents who may know too much. He stops taking his medicine and makes a daring escape via motorized cart. But the life he’s slowly remembering has drastically changed in only 10 months. His girlfriend, Angela Davidson, has wed lobbyist Dudley “Duds” DeCosta. It’s not a happy marriage and Duds readily agrees to a divorce at Max’s request. The condition is that the private investigator must attend fundraisers for Sen. Eddie di Pineda’s reelection campaign. Max’s vouching for him will ease the senator’s ties to conspiracies swirling around the detective’s last few cases. At the same time, Max believes an enemy he thought he killed is still alive, at least according to cryptic, grammatically inaccurate texts he’s receiving. Soon, the PI and Angela’s son, Jeremy, called PMA (for Power, Mind, Action), find themselves in the middle of another conspiracy of worldwide proportions. As in earlier books, Canfield’s (Red Earth, 2017, etc.) latest entry—supposedly the final volume starring Max—boasts an often humorous tale and a progressively convoluted plot. Though initially the hero is simply piecing together returning memories, the story ultimately focuses on the mysterious yet clearly sinister scheme. But the best moments involve Max’s reunion with Angela and PMA. Max even acts like a nosy father to “the kid,” asking about his love life and offering his unsolicited opinion that PMA’s last boyfriend “wasn’t the right guy.” Max has been cynical throughout the series, but in this bracing and enjoyable tale, readers will surely sympathize with him as he hears what he’s missed (primarily in 2017). His reaction to Donald Trump as president and Coke Zero becoming Coke Zero Sugar is apropos: “What the hell had happened to the world in the past ten months?”

A comically eccentric detective gets a terrific and fitting send-off.