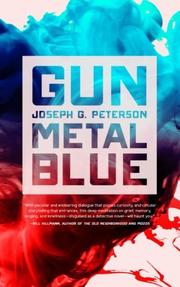 In Peterson's short, sharp, offbeat novel, Chicago private detective Art Topp drifts between faulty memories of his happy marriage and the blank state he finds himself in five years after his wife was found riddled with bullets in his office.

In his mind, Adeleine, a child of the wealthy suburb of Winnetka, was the perfect wife, even if she did rail at him for being lazy, untruthful, and irresponsible for starting up a detective agency after losing his job at a telecom company. Now in a contentious long-term relationship with Rita, whose mother died the same day Adeleine did—Topp met her at the cemetery on the day of the two funerals—he still has regular visitations from his late wife. He hardly has any clients to boast of—most of the calls to his Triple A Detective AAAgency are from people thinking they dialed Triple AAA Plumbers. He spends a lot of his time at the shooting gallery with his jobless friend Cal, whose main contribution to their relationship is to urge the underperforming Topp to get rid of his Ruger .22 and use a vintage UZI carbine like his. Filled with terse, rat-a-tat exchanges ("When were we in love?" "Were we ever in love?" "Love"), the book is less a work of crime fiction than a stark meditation on grief, Catholic guilt, and guns. Peterson is cagey in the way he makes his absurdist setups pay off emotionally. Employing a circular narrative in which the present is never more than arm's length from the past, he overcomes considerable obstacles in making you care about its hapless protagonist.

One of the Windy City's best-kept secrets, Peterson (Twilight of the Idiots, 2015, etc.) looks to grab attention with this skillfully calibrated, oddly compelling novel about a grieving detective.