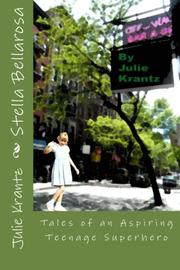 In 1968, in New York City’s Little Italy neighborhood, 13-year-old Stella Bellarosa is overwhelmed by her large, overbearing family. Her parents are always fighting, her sister’s always grandstanding, and her grandparents are always hovering. She faces additional pressures at her Catholic school, and she dreams of winning a scholarship to a Catskills boarding school. However, Stella would only be happy there if her 13-year-old best friend, Pin Pin Yang, a child of Chinese immigrants, attends with her. The girls bond over their similar family dynamics. Pin Pin is worried about purchasing a suitably extravagant present for her baby sister, and her solution is to steal a wallet from one of the nuns—an idea that Stella feels is morally indefensible. Together, they try to slip it back into the nun’s purse, but they’re caught, and Stella takes the blame and the resulting suspension. She’s angry at Pin Pin and also worries about her own relationship with her mother and father and whether they “could stop fighting for once and love me enough to forgive me.” Pin Pin skips school with Stella and they have a grand day out in the city, which clarifies their deep bond. Krantz’s novel portrays immigrant communities of New York in compelling detail, and it effectively depicts the struggles of the girls, who have different personas in school and at home. However, although the book is billed as a middle-grade novel, the complexity of the language puts it firmly at a YA level; there’s also occasional vulgarity (“I’m gonna kick your ass”), and one character makes offensive remarks about Chinese people. A significant amount of Italian dialogue isn’t adequately translated, as well, and the author overuses italics in a way that’s distracting and disruptive.