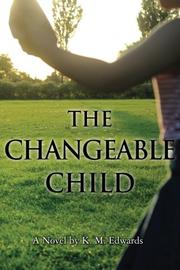 The second volume of Edward’s (The Constant Child, 2012) trilogy follows Joy Chambers, nee Martina Cambridge, who has moved to Berger, Mo., after fleeing her abusive husband.

Martina has settled into a new life in a small town, and although the horrors of her life in Texas have not left her, she nevertheless manages to lead a fulfilled life. She owns a successful business and is in a committed relationship with her childhood sweetheart, Augie. At the outset of the novel, Martina’s husband, Ray, has managed to track her down and break into her house. She informs the police, and he is sent to prison. Martina suffers from post-traumatic stress disorder, and with the encouragement of her boyfriend and his sister Janelle, she seeks professional help to move past her previous traumas. Initially, Martina operates solely under the pseudonym of Joy Chambers, but after her husband goes to prison, she comes clean about her past and her true identity to her friends and neighbors in Berger, which is a step forward on her path of recovery. The novel tracks the aftermath of the abusive relationship and the steps Martina takes to heal psychologically. The plot is somewhat sluggish since it closely follows the undramatic, steady progress of emotional healing. Despite the serious nature of the subject matter, the tone tends toward the dry and overly expository: “He may have intended to tie me up and cut on me as he got high; maybe killing me afterwards,” Martina says. “Instead of that happening, however, I was able to give him a mild concussion, break his nose, loosen four of his front teeth, and ensure that he was finally put into police custody after years of evading capture.” In addition, sudden narrative shifts can be confusing, particularly when Martina’s first-person perspective switches to a more distanced third-person narration.

A slowly paced entry in a trilogy that deals with the aftermath of abuse.

The Song of The Sea Gulls
by Patricia Liles
Indie