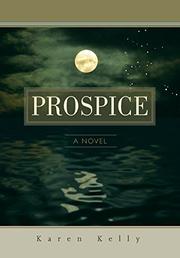 Kelly’s debut novel is set during the five years after the end of WWII. After Caroline Hunt’s husband dies in the war, she moves from a town called Beaufort to her hometown of Salem, Mass., with her two daughters, teenage Dinah and 6-year-old Jemima. Caroline soon reconnects with an old flame, Tom, himself a widower who has a son named Tru. Caroline and Tom’s reunion is peaceful and sweet, and Kelly draws a realistic portrait of a new family awkwardly, but happily, coming together. The Hunt girls, in particular, are relatable and lifelike; Jemima is hilarious, and Dinah is refreshingly kind and self-assured, always looking after her sister and preferring “the company of dead authors” to the companionship of her peers. She settles into high school, but her relationship with her slightly older and more popular stepbrother, Tru, remains stagnant; Tru dotes on Jemima and refers to Caroline as “mom,” but he and Dinah never quite seem to hit it off. Eventually, however, Tru is unable to hide the fact that he’s in love with her. Their relationship is tested by its taboo nature, other suitors, illness and a tragic death. Unfortunately, although both characters are well–thought-out, their passion seems to be based on nothing but mutual physical attraction. There doesn’t seem to be enough substance for their relationship to progress—but it does, despite their parents’ surprisingly weak attempts to stop it. The teens’ relationship may disturb some readers, but Kelly’s story is a revealing peek into family life—including inside jokes, closely guarded secrets and long-standing feuds. There are a few aspects of the novel that fall flat, including a few superfluous characters and a few too many cute winks about the time period (“That Tom Stuart bears an uncanny resemblance to that new Congressman in the eleventh district—what’s his name again…that’s right—Kennedy”). Overall, however, the book is an easy, absorbing read.