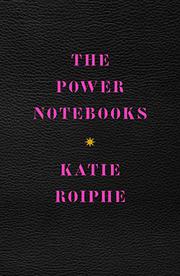 A collection of personal journal entries from the feminist writer that explores power dynamics and “a subject [she] kept coming back to: women strong in public, weak in private.”

Cultural critic and essayist Roiphe (Cultural Reporting and Criticism/New York Univ.; The Violet Hour: Great Writers at the End, 2016, etc.), perhaps best known for the views she expressed on victimization in The Morning After: Sex, Fear, and Feminism (1994), is used to being at the center of controversy. In her latest work, the author uses her personal journals to examine the contradictions that often exist between the public and private lives of women, including her own. At first, the fragmented notebook entries seem overly scattered, but they soon evolve into a cohesive analysis of the complex power dynamics facing women on a daily basis. As Roiphe shares details from her own life, she weaves in quotes from the writings of other seemingly powerful female writers who had similar experiences, including Sylvia Plath, Simone de Beauvoir, Virginia Woolf, and Hillary Clinton. In one entry, Roiphe theorizes that her early published writings were an attempt to “control and tame the narrative,” further explaining that she has “so long and so passionately resisted the victim role” because she does not view herself as “purely a victim” and not “purely powerless.” However, she adds, that does not mean she “was not facing a man who was twisting or distorting his power; it does not mean that the wrongness, the overwhelmed feeling was not there.” Throughout the book, the author probes the question of why women so often subjugate their power in their private lives, but she never quite finds a satisfying answer. The final entry, however, answers the question of why she chose to share these personal journal entries with the public: “To be so exposed feels dangerous, but having done it, I also feel free.”

An intriguing examination of the complexity of female power in a variety of relationships.

IN PRAISE OF MESSY LIVES
by Katie Roiphe
Nonfiction

STILL SHE HAUNTS ME
by Katie Roiphe
Nonfiction

THE MORNING AFTER
by Katie Roiphe

IN PRAISE OF MESSY LIVES
by Katie Roiphe
Nonfiction

THE MORNING AFTER
by Katie Roiphe
Nonfiction