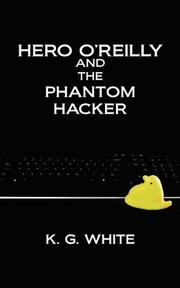 HERO O'REILLY AND THE PHANTOM HACKER

A help-desk specialist at a bank in Virginia finds love and adventure while solving the mystery of who’s hacking her company’s computer network.

Hero O’Reilly is named after a character in a Shakespeare play, as are her four sisters. She’s resourceful and gutsy, answering each and every help-desk request with a different name and never using the same moniker twice. Humorously self-deprecating, she’s addicted to Peeps (only in supply during major holidays), the music of Michael Feinstein and the word “hinky”—a techie term for the weird. Plus, she’s ballsy enough to put on platform shoes whenever she meets with attractive but creepy VP Ken Churchill. Hero’s neighbor, landlady and BFF is dog-owner Sally, who’s supportive and amusing in her own right. To celebrate her parents’ 30th wedding anniversary, Hero and her sisters meet for a makeover and professional photo shoot. Suddenly, it’s raining men: friend and coworker Mongrel notices Hero as a woman, FBI agent Mark Falcone pursues her with gusto and smitten photographer Alex might not be gay after all. Hero has so much sex she fears the onset of post-coital dementia. But someone’s hacking into the company’s network and Hero is headed for danger. There’s plenty of goods here, not the least of which is a strong voice and a well-defined central character reminiscent of Sandra Bullock in Miss Congeniality—a cute, dark-haired, nut-breasted klutz; but then the ignored neophyte gets a new ’do, sees herself in a different way and captures the attentions and affections of a first-rate FBI guy. The book almost oozes with energy. Numerous misspellings, missing words and punctuation errors detract but the meaning is unimpeded. The back story of Hero’s life, romantic interludes and interaction with associates and family—including her devoted parents who lovingly speak Gaelic—holds together well, before taking a slightly silly turn into the overdone procedural of bringing a criminal mastermind to justice. Again like Miss Congeniality, the far-fetched hacker plot doesn’t make a lot of sense, functioning primarily as a device on which to hang the romance–rescue. The last third of the book is an above average mystery–rom-com, which is more than enough for many a reader.

A hysterical adventure-romance, with a distinctive voice and a strong protagonist, that takes a tumble at the critical moment.