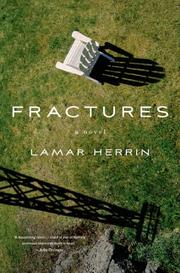 Sixty-year-old Frank Joyner has been living on his upstate New York farm with his grandson Danny while Danny’s mother (and Frank’s favorite child), Jen, sorts out her confused love life. But now the retired architect—a believer in continuity and sustenance whose crowning achievement has been the renovation of his boyhood school into a mixed-use apartment/retail complex—faces a dilemma. The farm, which he inherited from his mother, sits atop the Marcellus Shale, and his neighbors have all signed lucrative financial leases allowing Conklin Natural Gas to drill for natural gas on their lands using hydraulic fracturing. As reported by a journalist who has made Frank less than popular around town, Frank’s natural inclination is to leave the land alone. But as Frank’s son Mickey explains, even if Frank turns down the deal, the vertical drilling done on neighboring land will turn horizontal and run under his farm anyway. And his mother’s will stipulated that Frank share any benefits from the property with his two sisters, who could use the fracking lease money. On the other hand, Mickey, a high school history teacher going through his own messy psychological/spiritual crisis, points out the potential lasting value of the seemingly hopeless symbolic act. In fact, all of Frank’s loved ones and extended family are going through their own messy crises except maybe his oldest son, Gerald, who has escaped to California. Then, Frank’s pushy ex–brother-in-law engineers a meeting between Frank and a representative from Conklin’s competition. Not only do idealist Texan Kenny Brewster and Frank feel an immediate affinity, but Jen finds herself falling for Kenny as well. Herrin avoids moral self-righteousness about the political issue or the motivations that drive his characters.

While fracking is a foregone conclusion in this beautifully crafted novel, the riveting drama lies in the buried emotions that are unearthed for better and worse.

Frank Joyner, the lead character in Lamar Herrin’s new novel, Fractures, is a man with many roles—he’s a peacekeeper, re-claimer, survivor and architect. Above all else, though, Frank's a family man.