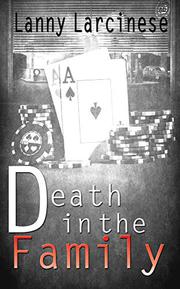 DEATH IN THE FAMILY

A mob-adjacent MBA attempts to avenge the death of his father in this new crime novel from Larcinese (I Detest All My Sins, 2018, etc.).

Donny Lentini’s father, Carlo, is a wannabe mobster, hungry to gain acceptance into the South Philadelphia mob. The crime family, run by Joojy Gaetano, has its fingers in legal and illegal businesses throughout the city. For would-be wiseguys like Carlo, admittance into this elite crew is worth whatever hoops Joojy asks you to jump through. “Nobody but family was trusted. Its wannabes’ wet dream was genuflecting to the young Joojy Gaetano….But when their ship came in, work orders were simple: Do the necessary.” Donny himself is content to win mobsters’ money at the poker table, but he does what he can to look after his starry-eyed father. Carlo gets a promotion, working as a delivery man between Joojy and his Columbia drug connection, Jorge Munoz. A few months into the job, Carlo goes missing, only to be discovered murdered with his hands cut off. Donny vows revenge, but first, he needs to figure out exactly who is responsible. To clear his head, he starts attending AA meetings with some old friends, who also prove helpful allies in his low-key investigation. A troubling development arises when it becomes clear that Joojy has set his sights on the restaurant owned by the family of Donny’s girlfriend, Pepper Garcia. Larcinese’s prose is full of underworld color as seen through the skeptical eyes of his protagonist narrator: “Cigarette and cigar smoke hung thick enough to draw an EPA raid. Nick wielded a wooden spoon with a long handle, stirring a five-gallon pot of spaghetti sauce….To me the whole scene was Hieronymus Bosch, yet Dad looked happy.” The portrayal of this mobbed-up world borders on parody—the Lentinis are so Catholic that Carlo lured Donny’s mother away from a life as a nun—but Larcinese leans into it with such brio that the reader doesn’t much mind. He manages to bring 1980s Philadelphia and its environs to life in all their gritty, garish glory, and the specificity of the plot—which is rooted in petty schemes and damaged psychologies—helps to ground it in reality. Larcinese is by no means reinventing the wheel, but fans of mobster novels will enjoy this messy, self-aware take on the genre.