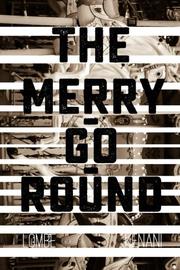 In this debut novel, modern life clashes with African magic as a young British woman finds herself the target of her stepmother’s jealousy and animosity.

The opening lines of Kenani’s book set the stage for this strange tale: “Real zombies have no memory of taste, emotion or warmth. My name is Anne Hoboka. I was a zombie.” Anne is the protagonist and narrator, and this is the story of how she became, temporarily at least, a zombie. Her trouble begins when she accepts a warm invitation from her stepmother, Tamara, who lives in Johannesburg, to spend winter break with the family on a trip to Rio de Janeiro. The group includes Anne’s father, her two stepsiblings, and Tamara. Anne agrees to leave the cold of London, where she is a third-year university student, to spend some time in the sun. But the family vibes in Rio are unsettling. Her father spends most of the vacation reading while Tamara begins lacing into Anne for no discernible reason: “You always have to be the centre of attention, you always have to be in control, and you always fight!” Anne returns to London and begins to slip increasingly into a serious depression. Always a high achiever, she now starts missing classes; she stops eating; she loses her boyfriend, Fritz. This ambitious tale offers a captivating premise and the tantalizing seeds of an engrossing mystery with an intriguing heroine—an inside look at the gradual breakdown of a psyche. Unfortunately, Kenani doesn’t build a framework through which to understand Anne or the relationships between family members, who are scattered from South Africa to Sweden. There are no referential backstories. It is difficult to comprehend why Tamara’s treatment of Anne results in such a total deterioration of her mental state. And Fritz’s repeatedly bland reactions to Tamara’s cruel phone rants—at one point, he says that maybe “she’s trying to help you”—are additionally puzzling. Anne has become paranoid. But is she delusional, or has she been placed under a curse? This question provides strong narrative potential. But the prose, overloaded with mundane, day-to-day details, lacks enough energy to create a compelling drama.

An uneven tale of the occult.