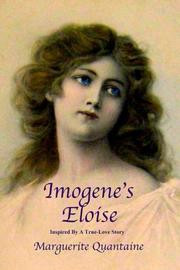 In this debut romance novel, a young woman becomes infatuated with a stranger and tries to track her down in New York City.

In 1970, New York City isn’t the most hospitable place for homosexuals and lesbians, and open dating isn’t a viable option. Many of them seek social solace in underground bars and clubs largely hidden from the public’s view. Imogene LaPin becomes a regular at one, Johnny’s, but typically fends off the advances of both men and women alike, with her sexuality largely a mystery, in part even to herself. But one night, she mistakes a glass of undiluted gin for water and knocks it back with abandon. Under the liberating influence of its effects, she asks a woman she met earlier that night to dance. When Imogene wakes the next day in a fuguelike fog, she realizes that she knows nothing about the woman she met and frantically decides to somehow find her. Meanwhile, she has an unusual deal with her best friend, Andy Wink, that the two will marry on St. Patrick’s Day if at that time they’re both still single. Wink is gay and looks forward to the social respectability such an arrangement will bring, and so he actively discourages and even attempts to sabotage Imogene’s search. In this first installment of a planned trilogy, Quantaíne memorably depicts a social cosmos born in response to nearly ubiquitous prejudice. New York figures prominently like a geographic protagonist, a city of deep contradictions, both a magnet for the progressive vanguard and a home to timeless discrimination.

This unconventional tale is as refreshingly bold as its lead character, Imogene. There simply aren’t many contemporary novels that explore the romantic plight of homosexuals and lesbians in New York City during the 1970s, a group that didn’t benefit as quickly and obviously as others from the sexual revolution that began the previous decade. In addition, the book brims with delightfully eccentric characters: Wink was born to a Jewish mother in Germany who was sent to a concentration camp and was brought to the United States by adoptive parents who were Nazis. Furthermore, Imogene is a fascinatingly unclassifiable heroine and revels in her resistance to the conventional categories of sexual identity: “I won’t be forced to be part of any group, gay or straight, that assumes they can exert any kind of control over me.” But the book loses a lot of steam after the first 100 pages, and its buoyant pace slackens into a lumbering crawl. What would have made an electric novella is drawn out into an overly ambitious epic. In addition, the prose, especially the dialogue, is consistently overwritten and overwrought, delivering the kind of lines one would expect from a daytime soap opera. Speaking to her cat, Imogene says, “My poor little, dear little, innocent little, perfect little Pansy. It’s just that I met someone last night, Pansy. And, I’m positive she’s the person I’ve been looking for all my life.”

A thrilling premise and a strong heroine hampered by shaky execution.

Free Love and The Sexual Revolution
by Barbara Williamson
Nonfiction

THE JOURNALS OF SYLVIA PLATH
by Sylvia Plath
Children