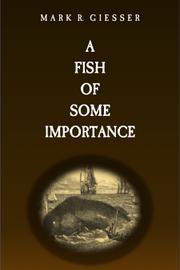 A FISH OF SOME IMPORTANCE

This third installment of a historical mystery series by a London-based American playwright reunites readers with two clever 19th-century sleuths.

After successfully solving the mystery of missing cheese and investigating a gas leak explosion at a Baltimore museum exhibition, the crime-busters Cassius Lightner and his longtime fiancee, Amanda Crofton, return in fine form to address a seafaring murder in 1817. A flustered Crofton arrives at Lightner’s United States Patent Office to debate Superintendent Dr. William Thornton’s halted testing of her hand-held rocket harpoon invention, initially conceived for the American military. But that subplot is sidelined by the appearance of Denise LaSalle, a teenage paleontologist whose father is a Royal Navy captain. She’s teamed up with Lightner and Crofton to seek government funding to uncover proof that a giant sea monster existed at one time and could still be alive. Returning to assist the sleuths are former American sailor Charlie Dunn, who imparts some political wisdom on the country’s nagging problems with racial inequality, and Lightner’s astute sister, Caroline. When LaSalle turns up dead in the clutches of a beached sea creature’s tentacles, the mystery begins to churn, especially when Lightner and Crofton increasingly suspect foul play. Hidden bureaucracy, besmirched whalers, and a host of plausible suspects emerge from the depths of Giesser’s (A Nude of Some Importance, 2016, etc.) well-written, genteel-voiced whodunit, reliably steeped in American history as usual. The witty novel’s detective spadework plays out nicely against a backdrop of salty dialogue and strings of hit-or-miss jokes as well as narrative perspectives from both Lightner and Crofton. Crofton’s ingenious harpoon invention ends up making her a walking target because the idea “has the potential to revolutionize whaling and upset the current power structure in the industry.” Stirring the pot is Madeleine Serurier, the conniving wife of a former French minister to the United States and ex-friend of Crofton’s, whose greed has caused her to become a nefarious schemer. Fans of the author’s enchanting gumshoes will find them at their most sparkling and outspoken here, though the plot of this particular tale, featuring dark humor and political red tape, lacks momentum in spots. But the finale delivers a rousing courtroom melodrama that should certainly please readers.

A busy but breezy swashbuckling caper awash in intrigue and headlined by two indefatigable heroes.

A Nude of Some Importance
by Mark R. Giesser
Indie

A CHEESE OF SOME IMPORTANCE
by Mark R. Giesser
Newsletter sign-up